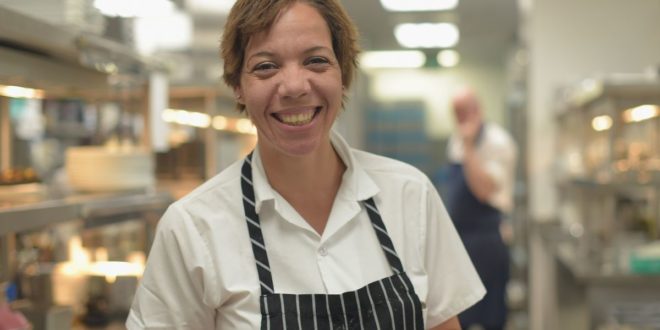 Nina Compton to open another New Orleans restaurant in 2018

She just announced she’ll be opening her second restaurant in New Orleans in 2018—where Season 11 was set—called Bywater American Bistro. Her first restaurant, the critically acclaimed Compère Lapin, is ten minutes away in the city’s Warehouse District.

Since launching in 2015, Compère Lapin has earned Compton a James Beard Award nomination and recognition as a Food & Wine Best New Chef 2017.

Bywater’s forthcoming menu is still TBD, though will involve “ingredient-driven cuisine with a bistro style of service,” according to Compton.

It’s hard to know exactly what that means, aside from a more casual ambiance that French bistros imply. Bywater will probably draw upon the Cajun, Caribbean and French influences for which Compton has gained recognition, although in a less direct way than her first concept, it sounds like.

Aside from the housemade charcuterie and pasta requisite these days, the menu will feature dishes like farro risotto with minted breadcrumbs, and seared Yellowfin tuna with pepperonata—brightly stewed peppers and onions.

Although it’s hard to suss out distinct culinary influences from the yet-to-be-released menu, if there’s one thing we can expect from Compton, it’s consistent execution. She was known for it on Top Chef, especially when it came to French and Italian fare, and with good reason—before the show, she earned her stripes in the kitchens of Daniel Boulud.

Before that, she attended CIA in New York, having grown up on the tiny Caribbean island of St. Lucia, where her father was prime minister. Clearly, Compton could rest on her laurels—but lucky for us, she’s not.

2018-01-10
Previous Nurses receive training on new dialysis equipment at OKEUH
Next Over 600 St. Lucians to benefit from free hearing aids