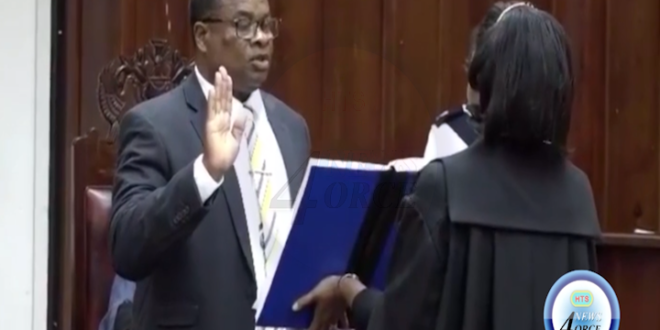 The senate was the centre of attention on Tuesday with the swearing in of a former United Workers Party Laborie candidate Francisco Jn Pierre, who took the oath of office on Tuesday and is the newest government senator. A senate seat became vacant with the resignation of former public service minister Dr. Ubaldus Raymond, who has been mired in a public controversy involving leaked telephone conversations.
The new senator spoke to reporters ahead of his swearing in.