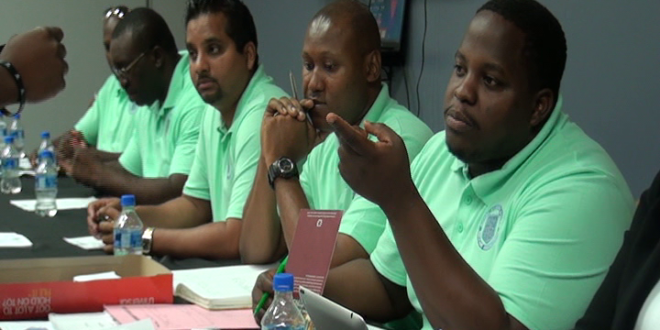 The newly elected executive of the Police Welfare Association [PWA] held their maiden general meeting on May 5th.

The floor was open for PWA members to share the opinions on various matters.

Other matters discussed were the supposed findings from an investigation by the CARICOM Implementation Agency for Crime and Security [IMPACS] in the police force and the 2010/11 anti-crime operation dubbed ‘operation restore confidence’.

The PWA executive explained addressing the concerns of the membership remains paramount.

The new PWA executive wants to foster unity among the membership.