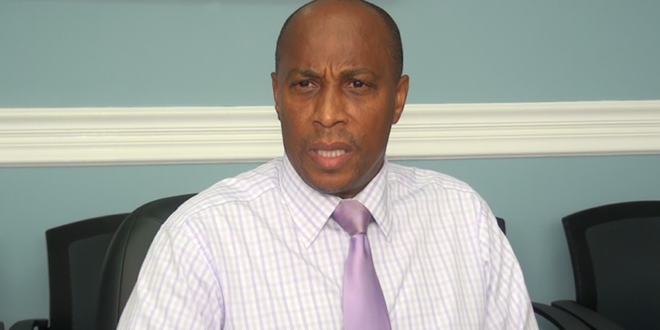 McLean was sent on Administrative leave in July after giving a contrasting account on CIU policy from a ‘Joint Statement’ issued by Invest Saint Lucia [ISL] and the CIU concerning the status of a multi-billion dollar application by Desert Star Holdings [DSH]. DSH and the government have already signed multiple investment Agreements.

The interview with the new during an August 11 sit-down was restricted to operational matters and plans for the agency and not the controversy surrounding the change at the helm of the CIP unit.

Alfred possesses extensive regulatory experience at a national and regional level. Alfred and the CIU kept our first conversation firmly on plans to enhance public relations and build awareness on how the Unit works. [Watch video]

On August 3, the Main Opposition Saint Lucia Labor Party [SLP] – staunch opponents of the current contractual agreement with the government and DSH published what they allege are documents from ISL and CIU that suggest that the application for CIP approval for the DSH project had been declined. The SLP have further asserted that the DSH deal has previously been recalled by Saint Lucia’s chief investment agencies at least seven [7] times.

DSH led by Chairperson Teo Ah Khing has been in negotiations with the government since 2015.

Cindy Emmanuel-McLean has since reportedly reach a settlement with the Unit.

It is not clear if new leadership will result in a dramatic change in policy at the CIU.

2017-08-11
Previous Caribbean Export Brings Regional Designers to CARIFESTA XIII
Next HTS Epoll – Do you think the new CIU CEO can bring change to the Unit?