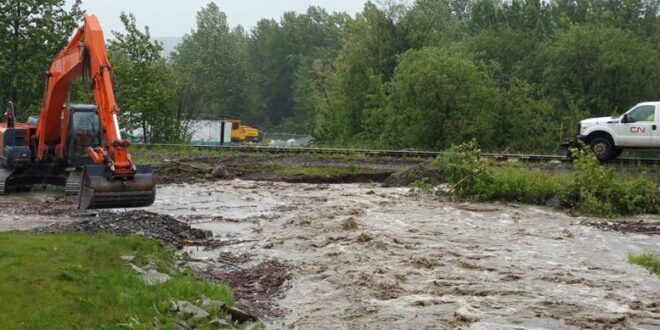 Saint Lucia experienced intense rains and gusty winds due to the passage of Tropical Storm Matthew which impacted the island on Wednesday afternoon through Thursday morning. Tropical Storm Warnings were discontinued as from 5:00 A.M and the ALL CLEAR was issued at 8:00 A.M. by the Saint Lucia Meteorological Services. The event triggered the activation of the National Emergency Operation Center. A reconnaissance mission was conducted today and Damage and Needs Assessment (DANA) Teams have since been deployed to provide the initial assessment in order to identify the country’s needs. Tropical Storm Matthew continues to track westward away from Saint Lucia and the threats from the hazards associated with this system have diminished. All quadrants of Saint Lucia reported some flooding overnight including Gros-Islet, Castries, Bexon, Dennery, Laborie Micoud, Choiseul, and Vieux- Fort. Landslides occurred in Ti Kaye in Anse-la-Raye, La Caye, Upper Thomazo, and Aux-Lyons in Dennery. 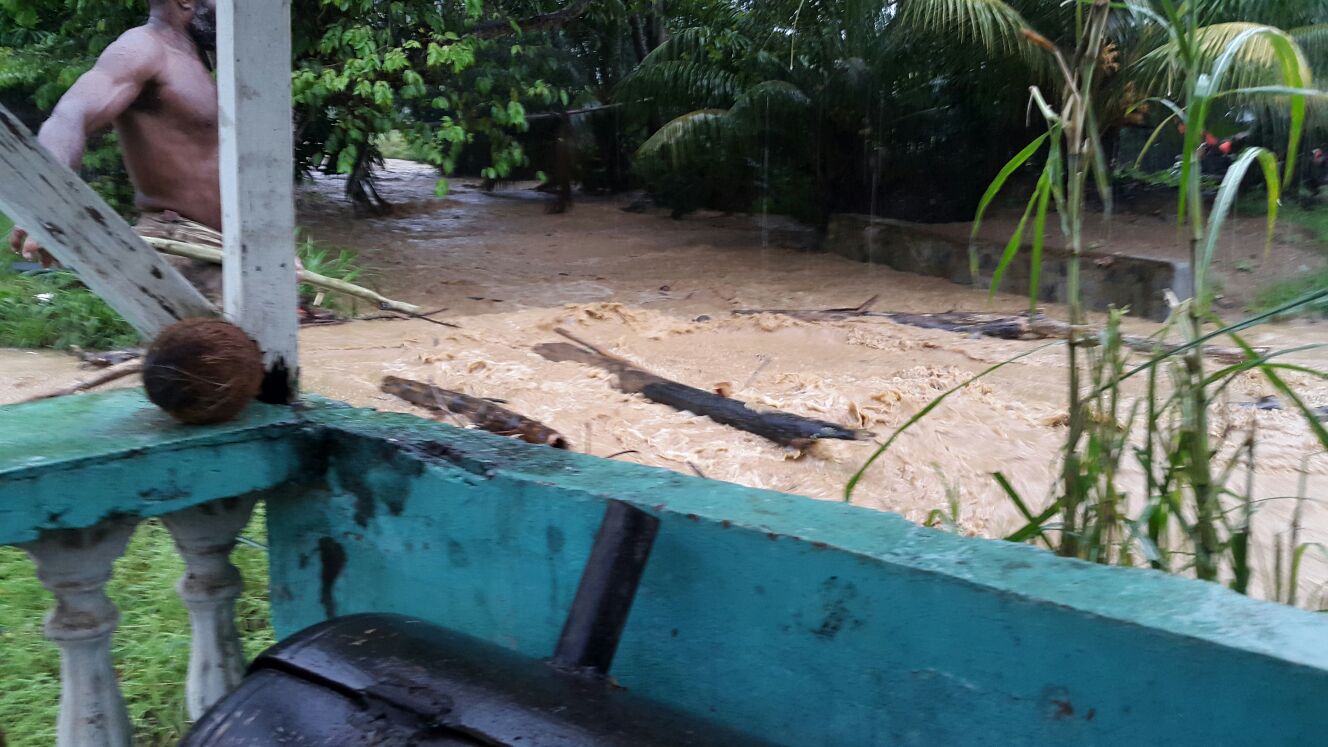 Health and Welfare; (1) There was little to no damage and minimal flooding to health facilities; however, five of the centers (Monchy, Grand Riviere Babonneau, Grace and Belle Vue) had no power and two (Grace and Belle Vue) had no telephone service; (2) The Soufriere alternate site has been decommissioned; (3) Saint Jude’s Hospital, which operates from the George Odlum Stadium, experienced minor infrastructural issues (roof and drainage), and the Gros-Islet Polyclinic and Castries Health Center experienced leaking ceilings; (4) The main concern remains the interruption in the water supply.

Education; (1) Dame Pearlette Primary and the Gordon Walcott Primary Schools had some flooding with minimal damage to perimeter wall, drains and furniture equipment; (2) Six shelters were opened overnight housing over 133 persons. All shelters have since been closed and shelterees returned home. Agriculture; (1)Preliminary assessments indicate widespread damage to the sector. As much as 85% of agricultural farms experienced damages.

Infrastructure& Electricity; (1) Power outages were reported island-wide. There were numerous reports of downed power lines but the Saint Lucia Electricity Services’ (LUCELEC) have been working and power is being restored gradually; (2) LUCELEC has indicated that up to 98% of the power supply should be restored by this evening.

Water; (1) Assessment of the water sector is still ongoing. Access to some intakes are hindered by landslides and fallen trees; (a) There is high level of turbidity throughout the network; (b) Power outages are affecting operations of the Water and Sewerage Company’s (WASCO) treatment and distribution plants. Crews from WASCO are working with LUCELEC to restore the affect plants as soon as possible. Roads and

Bridges; (1) Several roads were blocked in Castries, Gros-Islet, Dennery, and Soufriere (West Coast Road); (2) Road clearance is being conducted by the Ministry of Infrastructure and much progress has been made in restoring the primary road network. Other; (1) Wall collapsed near the old Sunset Motors building in Marisule, Gros-Islet;

Housing; (1) Housing stock experienced mainly roof and water damage including loss of personal belongings; (2) Detailed reports are being collected but preliminary information to the EOC include: One house partially damaged in Dennery and another collapsed at Bisee; One house was completely damaged at Gros Islet; Three (3) houses had roofs blown away in the La Bourne, Monchy area; A boulder impacted a house in Soufriere; Five (5) houses in the Bocage area lost parts of their roofs; Land slippage in Etangs/ Soufriere caused damage to an elderly man’s home. 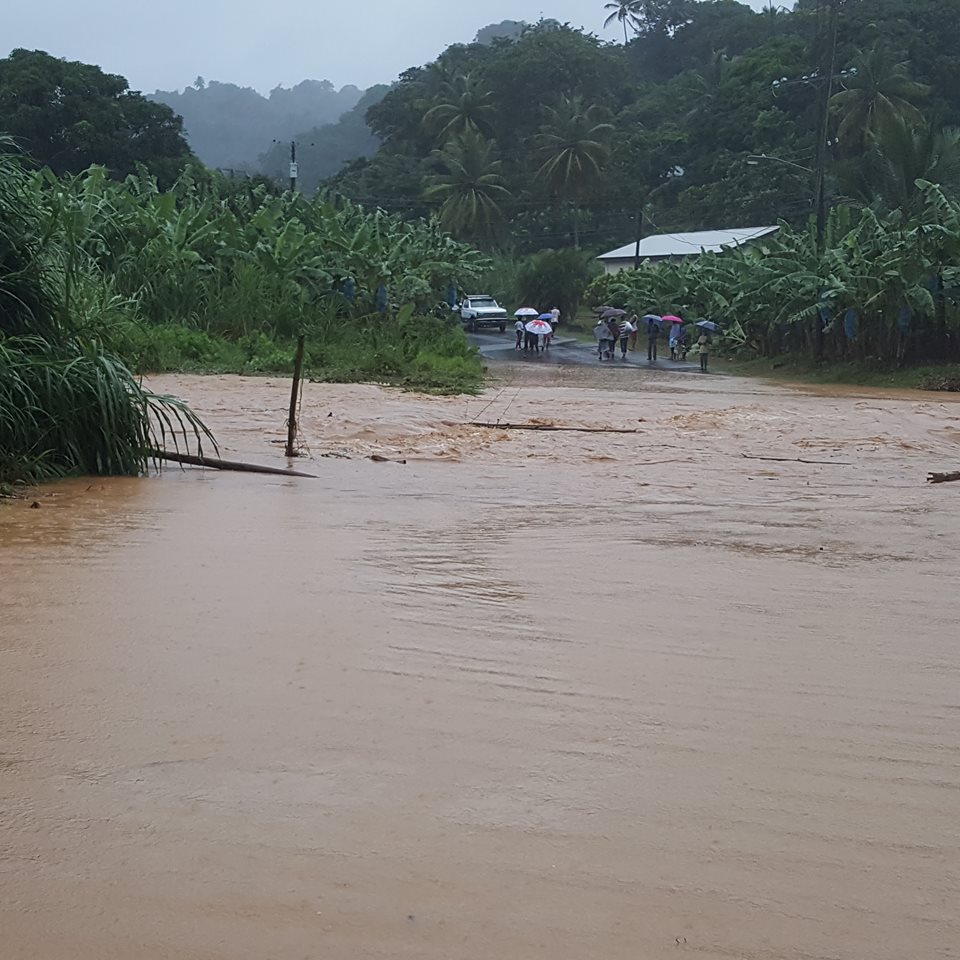 Tourism; (1) Hotels experienced power outages but the Saint Lucia Electricity Services are currently working on restoring power; (2) Some of the nature sites experienced fallen trees and foliage (minor). Ports (1) Both the GFL Charles and Hewanorra Airports have since been reopened and are operating. Seaports are open for vessel operations but have limited power supply and as a result are unable to deliver cargo.

NATIONAL ACTIONS TAKEN; 1.The National Emergency Operations Centre remains activated; 2.All shelters have been closed. 3. An Initial Situation Overview was conducted on Thursday September 29, 2016. 4. Cleaning of the schools have commenced with the assistance of the St. Lucia Fire Service.5. Damage assessment teams are now activated and have started the initial assessments. 6. Road clearance crews have been mobilized and are currently clearing roadways.7. All schools will remain closed through Friday, September 30, 2016 while the Ministry of Education and school staff complete assessments and restoration for re-opening of school on Tuesday, October 4, 2016. 8. NEMO has issued several communication products including press releases and SMS to the public through various media houses.9. The Director, NEMO remains constant communication with Prime Minister Hon. Allen M Chastanet and Acting Cabinet Secretary on the situation 10. A cabinet briefing was held today, Thursday September 29, 2016.

NEEDS 1. The initial assessment has revealed the need for the following: a. Restoration of clean water b. An urgent re-assessment of the roofs at St. Jude hospital, Gros-Islet Poly-clinic and Castries Health Center. c. Construction material particularly roofing materials and plywood and household items. Figures will be collated. d. Restoration of electrical power and telephone to Health facilities. Fertilizer, lime, vydate, spray oil and other supplies to assist farmers in the re-planting and restoration of farms.