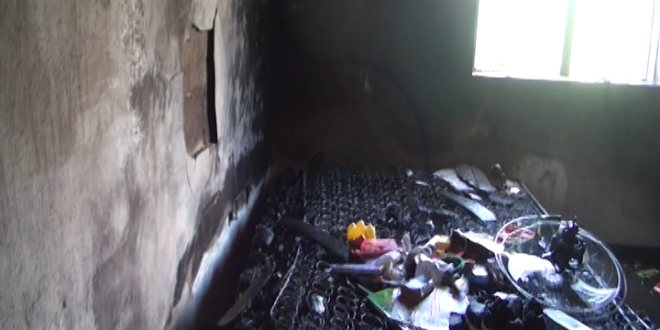 A Ti Colon family is counting their blessings after quick thinking neighbors sprang into action to stop the spread of a fire that engulfed part of their home on December 7.

Julia Stephan told HTS News4orce she was at work when she learned that her unoccupied home was ablaze. Stephan said she immediately rushed to her residence to witness her home alight as firefighters and neighbors attempted to douse the flames.

The Fire Department responded to the distress call with two [2] fire units around lunchtime Thursday. No injuries were reported and the fire was contained within minutes upon arrival.

The fire caused partial damaged to the home however, the mostly wall structure still stands. Julia Stephan said she is grateful to the Fire Department and her brave neighbors who helped save the home she shares with five [5] other family members.

Fire officials are investigating the cause of the Ti Colon house fire.