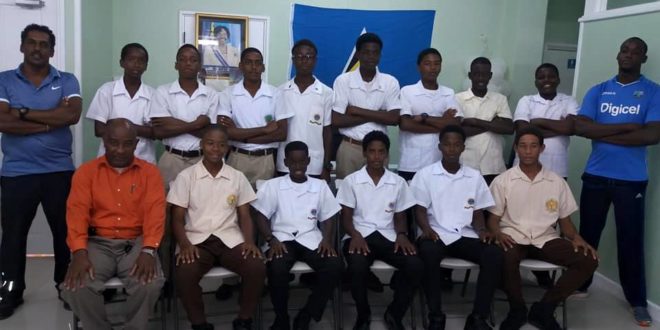 National U-15 Cricket Team to defend title in SVG

Press Release- Saint Lucia’s 13 member team to defend their Windward Islands Under-15 cricket title were introduced to the local media Wednesday morning at the Department of Youth Development and Sports.

The team is being captained by Ackeem Auguste with Sky La Feuille as his vice-captain. Ryan Goodman is the only other player to repeat for this year’s tournament which runs from December 10-17. 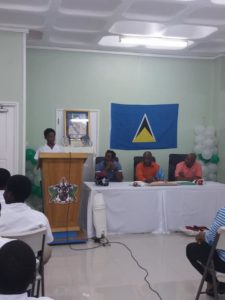 Omari venner and Stephane Theophile, who were on the reserve list earlier this year when the Saint Lucian team won their fourth straight title when the tournament was played in Grenada have been able to get on the team this year. The other members of the team include Noel Leo , Royce Paul, Tarryck Edward, Sharquane Prudent, Shakkin Breen, Desue Gidharry, Bolton Sayers and Darren Sammy Jnr. 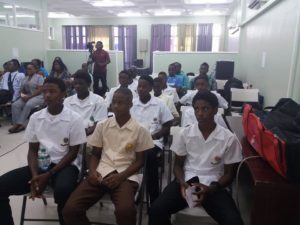 John Eugene, a former national cricket captain , now cricket coach in the Department of Youth Development and Sports will again travel as coach and Junior Derose supports him as manager.

” We were a bit challenged this year in some aspects but we put in all the work within our means to make us ready to defend our title, ” Eugene said.

Cricket Operations manager of the Saint Lucia National Cricket Association Bryan Calixte congratulated members of the team on their selection and expressed confidence that they will represent the country well during the tournament. Also addressing the young cricketers and parents who attended the briefing was senior Youth and Sports Officer Patrick Mathurin.

” The Department is happy to be involved in the preparation of this team and we will continue to assist in whatever way we can to ensure you are as prepared a s you can be to go out there and represent the country, ” he disclosed.

The team is due to depart for Saint Vincent and the Grenadines Saturday morning, December 9 2017.