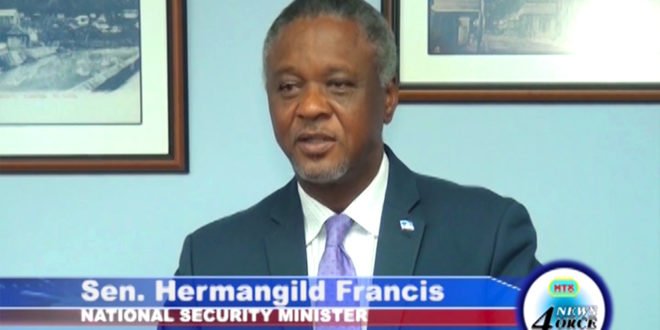 The island’s National Security Minister says the judiciary should apply the proper penalties for capital offenses; and by that, he means the death penalty. 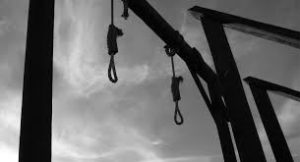 Senator Hermangild Francis, a former Deputy Police Commissioner made this statement to the media on the heels of a spike in gun related crimes in the city.

Local police are currently on the hunt for the perpetrator of the latest of those shootings.

A gunman reportedly opened fire on a law enforcement officer after he responded to reports of a firearm being discharged on Riverside Road in Castries.

On the incident, Senator Francis noted that the criminals are becoming very brazen and it speaks to the caliber of individuals running rampant on the city’s streets.

Now, the National Security Minister has in the past expressed his dissatisfaction with what he has labeled a “slap on the wrist” as it relates to penalties handed down for gun related crimes.

On Thursday, he reiterated his position. But of utmost concern to the National Security Minister is how penalties are handed down for capital offenses. [Watch video]

The last execution in Saint Lucia was that of Joseph Solomon on October 17th 1995.

He was convicted of murder and rape and sentenced to death in 1979, which was commuted to life imprisonment. In 1993, after serving 14 years, Solomon was pardoned and released from prison only to be arrested again the following year for murder. He was sentenced to death by hanging at his 1994 trial.

A more recent notable capital murder case was that of the Kim John and Francis Phillip, the perpetrators of the gruesome New Years Eve massacre at the Cathedral of the Immaculate Conception in 2000.

They were sentenced to death in April 2003, but after unsuccessfully appealing before the Court of Appeal, the Privy Council set aside the convictions. They ultimately pled guilty to manslaughter and received life sentences.

Mitchel Joseph was sentenced to hang in 2011 for the 2008 murder of Police Constable Lester Garvin Remy. That sentence was also commuted to life imprisonment.

The fact that the death penalty is still on Saint Lucia’s law books however may have resulted in the delay in assistance from the British Government in helping to bringing Hotelier Oliver Gobat’s murderer to Justice.

The British Government in a letter to then-Prime Minister Dr. Kenny Anthony in 2015, offered to provide the assistance of Scotland Yard on the condition that the perpetrator, if convicted would not face execution.