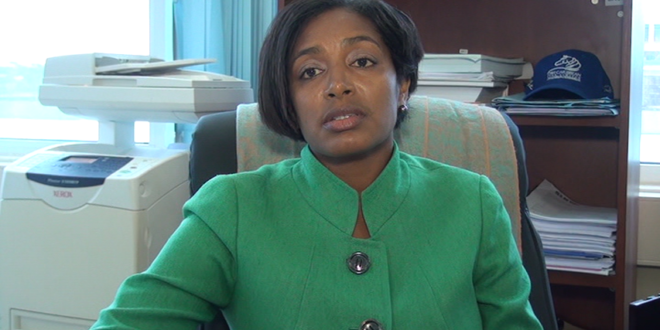 The post of Attaché to Prime Minister Allen Chastanet has reportedly been reviewed in recent weeks with, according to sources,

reportedly tipped has a possible frontrunner, to take over the role from Nancy Charles.

Charles is set to take on a more substantial role in the UWP Administration.

She had occupied the post of Attaché since the United Workers Party [UWP] Administration assumed Office in June 2016.

After more than a year in the post, in July 2017, Charles embarked on a two [2] week long, state-sponsored training program in project management at a private institute in the United Kingdom.

On September 11, Charles spoke exclusively to HTS News4orce on her new role in the Office of the Prime Minister [OPM]. She will oversee cross-Ministerial transactions.  Charles explained that the position backed by Prime Minister Chastanet would help streamline administrative processes by eliminating tedious bureaucracy. [Watch video]

OPM is expected to formally announce Charles’ new substantive post at a later date. Charles previously served as Treasurer of the UWP. She cited her professional aptitude and managerial background in the private sector, in underscoring the new role as ‘chief liaison’ for government business.