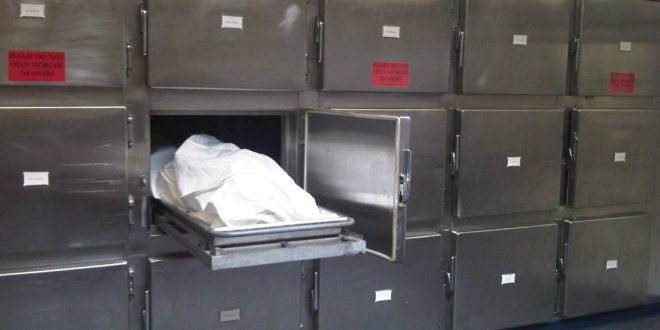 Press Release:-The newly constructed St Jude Hospital morgue has moved one step closer to becoming operational after the building was officially handed over to the Board of Directors of St Jude Hospital by the Ministry of Health on Wednesday August 9, 2017.

Minister of Health and Wellness, Senator Hon. Mary Isaac along with the Permanent Secretary in the Ministry of Health & Wellness, Mr. Felix St Hill joined the Board of Directors and Management team of St Jude Hospital for the handover and a walkthrough of the facility.

Following the walkthrough the group met at the George Odlum Stadium to discuss the way forward for the morgue. Mr. St Hill stated that the plan is to have the facility operational in short order.

The morgue along with the ambulance and security monitoring buildings were constructed by the United Nations Office for Project Services (UNOPS) with financing from the government of Mexico. The keys and operational manuals for the morgue were handed over to the Government of St Lucia by UNOPS in July after the building was retrofitted.

St Jude Hospital Chairman, Dr. Ulric Mondesir said it would have been a more joyous occasion had the entire hospital been handed over to the Board of Directors and people of Vieux Fort.

The morgue building is located at the original site of St Jude Hospital. The facility is fully equipped and also contains water and electricity.