Home / News Updates / More than 70% of the Sun will be Eclipsed by the Moon, Visible from Saint Lucia 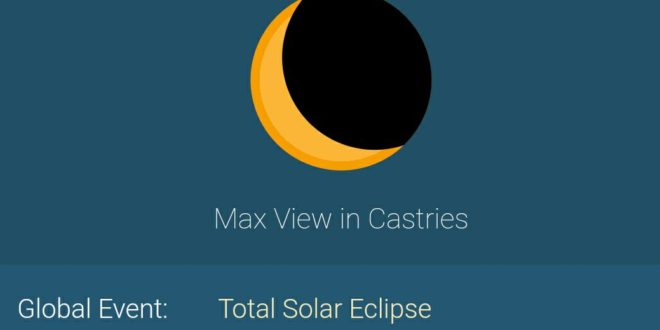 More than 70% of the Sun will be Eclipsed by the Moon, Visible from Saint Lucia

According to mapping data from the United States based National Aeronautics and Space Administration [NASA], most of the Western Hemisphere including the Caribbean will be able to witness the historic Solar Eclipse on Monday [Aug. 21, 2017]. 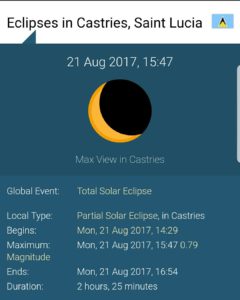 From Saint Lucia and the Eastern Caribbean, sky watchers will be treated to a partial Solar Eclipse. In parts of North America a total Solar Eclipse will be visible within a band across the entire contiguous United States, passing from the Pacific to the Atlantic coast.

PLEASE TAKE NOTE: It is never safe to look directly at the sun’s rays – even if the sun is partly obscured. When watching a partial eclipse you must wear eclipse glasses at all times if you want to face the sun, or use an alternate indirect method. This also applies during a total eclipse up until the time when the sun is completely and totally blocked. During the short time when the moon completely obscures the sun – known as the period of totality – it is safe to look directly at the star, but it’s crucial that you know when to take off and put back on your glasses. 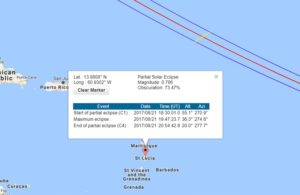 Remember to never stare directly into the sun without recommended eye-wear.

2017-08-21
Previous Solar Eclipse will be Visible from Saint Lucia, Do Not Stare into Sun
Next SLP CONDEMNS TREATMENT OF ARTISTS AT CARFESTA 13