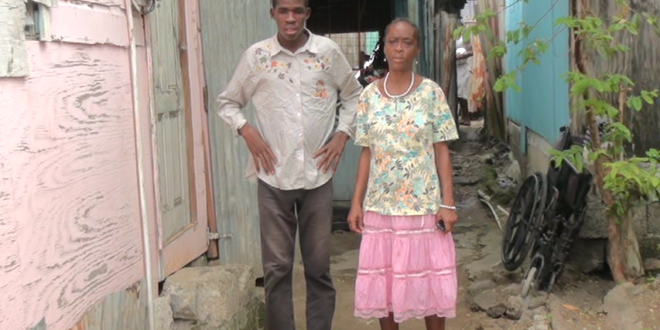 Cell phone video went viral of the reported aftermath of an alleged knife assault on an unsuspecting youth.  The incident occurred in the capital on the William Peter Boulevard reportedly on May 30th. Police officials confirm the victim sustained lacerations to the groin area.

The viral video has sparked public outcry more so as the injured youth suffers with a mental / development disability and cannot audibly communicate. HTS News4orce interviewed his guardian and adopted mother Florence Cherubin on June 2nd. Cherubin said her son was attacked while he slept on the sidewalk. Watch Video.

Police have disclosed that one person has been detained in connected with the heinous genital mutilation attempt. The youth was transported and treated at hospital and is recovering at home.