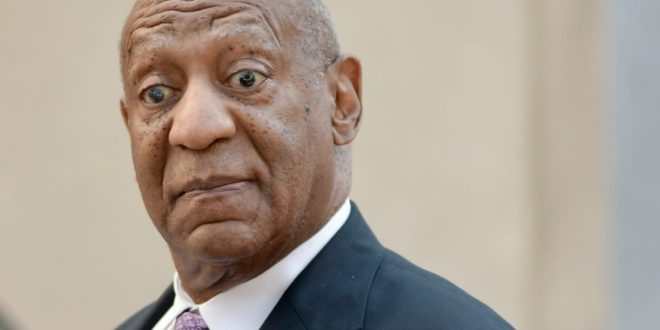 The judge in Bill Cosby’s sexual assault trial declared a mistrial Saturday after jurors said they were deadlocked after five days of deliberations.

The jury informed Judge Steven T. O’Neill it was “deadlocked on all counts” in a note Saturday morning. O’Neill asked jurors if they were “hopeless[ly] deadlocked,” and each stood and agreed they were, CBS News’ Vidya Singh reports.

O’Neill called the jury’s effort some of the most “courageous and selfless acts I’ve ever seen.”

“We will evaluate and review our case. We will take a hard look at everything involved, and then we will retry it,” Steele said at a press conference Saturday morning. “As I said in court, our plan is to move this case forward as soon as possible.”

Andrea Constand, who accused Cosby of sexual assault, smiled and hugged supporters in the courtroom. Constand embraced many of the alleged victims who sat through the trial.

Gloria Allred, an attorney for many Cosby’s accusers, said she will continue to pursue legal action.

“We can never underestimate the blinding power of celebrity,” Allred said. “But justice will come… It’s too early to celebrate, Mr. Cosby.”

Cosby’s defense team declared victory and went on the attack, with spokesman Andrew Wyatt saying that “Cosby’s power is back.”

Cosby’s wife, Camille Cosby, slammed prosecutors for bringing the case to court. She issued a statement calling Steele “heinously and exploitively ambitious.” She also attacked the judge, the accuser’s lawyers and the media.

The fast-moving case went to the jury of seven men and five women Monday, on day six of the trial, after closing arguments painted different pictures of what happened between Cosby and Constand at his suburban Philadelphia estate in 2004. But the sequestered jury failed to reach a verdict, pausing a half-dozen times to revisit key evidence, including Cosby’s decade-old admissions that he fondled Constand after giving her pills.

Late Thursday morning, the panel announced they were deadlocked, but the judge sent them back to work.

Cosby was charged with three counts of aggravated indecent assault, each one punishable by up to 10 years behind bars.

The black comedian once known as America’s Dad for his portrayal of kindly Dr. Cliff Huxtable on “The Cosby Show” suggested recently that race could have played a role in the case against him. The jury included two black members.

Constand, 44, testified last week that Cosby gave her three blue pills and then penetrated her with his fingers against her will as she lay paralyzed and half-conscious. She denied they had a romantic relationship and said she had rebuffed previous advances from him.

Defense lawyer Brian McMonagle, however, attacked what he said were inconsistencies in Constand’s story, disputed that Constand was incapacitated, and made the case that she and Cosby, who was married, had a romantic relationship. McMonagle said Cosby gave her the cold and allergy medicine Benadryl only after she complained she couldn’t sleep.

Constand sued Cosby after prosecutors in 2005 declined to press charges. Cosby testified over a decade ago as part of that lawsuit, eventually settling with her for an undisclosed sum. Cosby didn’t testify at the six-day trial. But jurors still heard plenty from him as prosecutors read them excerpts from his 2005 police statement and civil deposition.

The sole witness for the defense was the detective who led the 2005 investigation, Richard Schaffer, who previously took the stand during the prosecution’s case. He was questioned for six minutes.

In his hour-and-a half closing statement, McMonagle told the jury that Cosby is a brilliant comedian who “taught us how to smile,” reports CBS Philadelphia. He said Constand told a “stone cold lie,” reports CBS News’ Jericka Duncan —  and that while Cosby cheated on his wife, he didn’t commit a crime.

Cosby’s wife of 53 years, Camille — in the courtroom for the first time Monday in the 6-day trial — was stoic during the defense argument.

McMonagle turned towards Cosby and said, “When you dance outside your marriage … and you danced.”

He then pointed at Camille Cosby and shouted, “And you deserved better.”

McMonagle pointed out that Constand telephoned Cosby dozens of times after the alleged assault. Constand told the jury she was merely returning his calls about the women’s basketball squad at Temple University, where she worked as director of team operations and he was a member of the board of trustees.

This isn’t talking to a trustee. This is talking to a lover,” McMonagle said of one call that lasted 49 minutes. “Why are we running from the truth of this case — this relationship? Why? I don’t understand it.”

Camille Cosby sat in the front row, across the aisle from Constand, who didn’t react to McMonagle’s two-hour closing but smiled at the end of it. Camille Cosby left when it was the prosecution’s turn.

“Drugging somebody and putting them in a position where you can do what you want with them is not romantic. It’s criminal,” Steele said in his closing argument.

Steele also reminded jurors about a telephone conversation in which Cosby apologized to Constand’s mother and described himself as a “sick man.”

“This is where all the fancy lawyering can’t get you around your own words,” Steele said.

In his 2005 deposition, Cosby said he obtained several prescriptions for quaaludes in the 1970s and offered the now-banned sedatives to women he wanted to have sex with.

He also said he gave Constand three half-tablets of the cold and allergy medicine Benadryl before the “petting” began. Prosecutors have suggested he drugged her with something stronger – perhaps quaaludes.

His deposition was sealed for years until a judge released parts in 2015 at the request of The Associated Press, prompting a new set of prosecutors to take a fresh look at the case and charge him.

Some 60 women have come forward to say Cosby sexually violated them, all but destroying his nice-guy image, but the statute of limitations for prosecution had run out in nearly every case. Constand’s case is the only one in which Cosby has been charged.