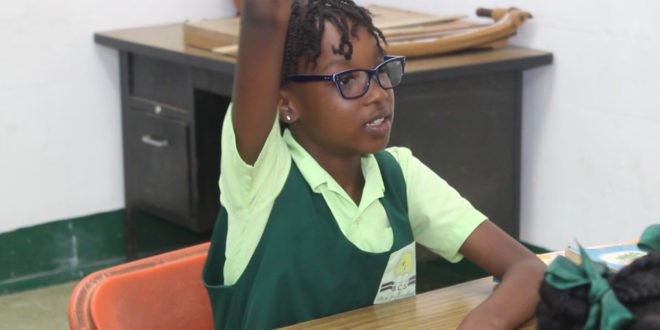 The Environmental Health Unit in the Ministry of Health and Wellness has expanded its outreach programmes on leptospirosis to schools on the island amid concern that cases of the disease have been on the increase.

According to figures released by the Ministry last month, four people died from leptospirosis last year when  a total of 26 cases of the disease were recorded. 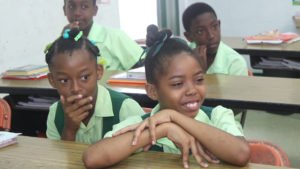 The Communications Unit of the Ministry has said that students of the Bocage Combined School are now better informed about leptospirosis, it’s mode of transmission and the measures they can and should take to protect their families.

Environmental Health Officer, Glenda Etienne-Cepal explained that her department has been taking this proactive approach for a very long time to bring education and knowledge to the children and the country in general.

‘We believe that a lot of the time the grownups and adults have taken their old habits and it’s very difficult to break those habits. So taking an approach with the children at such a tender age is easier for them to actually grow into better habits and better lifestyle choices,’ she stated.

Principal of the Bocage Combined School, Davis Thomas, was quite pleased with the presentation, the interest of the children and the involvement of parents.

“I think other schools should follow our example and invite Ms. Cepal and her team in to share and raise the awareness of this vector borne disease at their school to the students, the teacher and off course the parents. Because, when we educate the students eventually it gets to the wider community and we can change our lifestyle practices,’ Thomas declared.

The Environmental Health Unit has concentrated its efforts on leptospirosis as it seeks to create behaviour change to reduce the rat population.

Rats are the main vectors responsible for the spread of leptospirosis.

The Environmental Health Unit is also conducting outreach sessions with other groups, including market and coconut vendors, farmers, extension officers and sanitation workers.