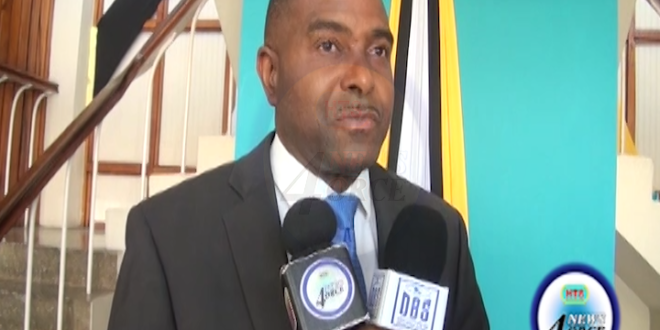 Minister in the Ministry of Finance Dr. Ubaldus Raymond says consumers may have to pay more at the pumps soon.

Fears of a gas price hike have been looming since Prime Minister Allen Chastanet’s Budget announcement that the fuel price cap will be reviewed.

Dr. Raymond says the move is necessary and concedes that it may result in an increase in gas prices.

At the time, government announced that it had taken a policy decision that would not allow the price of gas to go above $12.75 a gallon.

Dr. Raymond says the tax was a justifiable one.

The Prime Minister said last week that on average, government has collected 89 cents per gallon on gas and $1.32 on diesel, compared to the $1.50 expected.

He stated that due to the volatility on the international petroleum market, government will review the price cap periodically over the next year, to maintain the $1.50 excise tax rate.