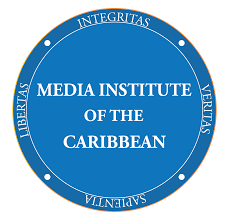 Media Institute of the Caribbean on World Press Freedom Day 2018

The Media Institute of the Caribbean (MIC) joins the global media community in observing World Press Freedom Day under the theme ‘Keeping Power in Check: Media, Justice and The Rule of Law’.

In the Caribbean, there have been uneven gains in press freedom standings, as tabulated by Reporters Without Borders (RSF). Some countries have experienced improvements, while others have recorded declines in these annual ratings.

Emerging challenges include legislation to address concerns related to online content and regulatory measures intended to bring about greater orderliness in the broadcast sector. For example, proposed and enacted cybercrime and data protection laws threaten to impose new and heightened levels of criminal liability for breaches which can have a chilling effect on free expression and freedom of the press.

At the other end of this spectrum of challenges are physical attacks on journalists, including the recent, tragic murder of Haitian journalist Vladimir Legagneur who went missing on March 14 while on assignment in the Grand-Ravine area of Port-au-Prince.

In Trinidad and Tobago, photojournalist Kristian De Silva is currently engaged in legal action against an assailant for an assault on him in September 2017 and, during the election campaign in March, journalist Calistra Farrier was attacked by a political activist in Grenada.

The work of journalists calls for courage and bravery in the face of intimidation and threat of death.

Today, Caribbean journalists honour the 88 colleagues across the world that paid the ultimate price in the defence of democracy and freedom of expression as they carried out their professional duties in 2017.

We also call, in particular, for the release of journalists imprisoned in Cuba and look forward to the blossoming of press freedom in this state as it takes tentative steps towards democracy.

In most instances, though, attacks on the media are characterised by more subtle methods involving corporate and political players.

As noted by UNESCO Director-General Audrey Azoulay, “freedom of the press, like any other freedom, is never completely secure. The development of a knowledge and information-based society via digital channels implies heightened vigilance, to ensure the essential criteria of transparency, free access and quality.

“Quality information requires working to check sources and select pertinent subjects; it calls for ethics and an independence of mind. It thus depends entirely on the work of journalists.”

On the 25th observance of World Press Freedom Day, the Media Institute of the Caribbean (MIC) is recommitting itself to achieving the vision of “empowering Caribbean communicators and leaders to contribute to the regional democratic process by supporting an innovative and independent media Industry.” To achieve this, MIC will continue to promote professional development, media advocacy, media literacy and accountability.