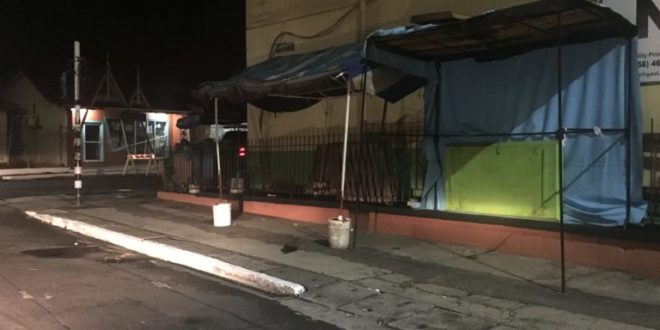 [Press Release]  The Office of the Mayor will in the coming days launch a Vendor’s Registration Program which aims to create a more structured and streamlined approach to vending in the City of Castries.

The new system will include the registration and documentation of all vendors plying their trade in the city.

In addition, the vendors will also benefit from uniformed tent structures, and a coordinated plan which will map-out vending and no vending zones.

His Worship, Mayor Peterson D. Francis in the past has expressed serious concern and warned about improper street hawking, stalls and other structures that occupy the sidewalks and road space in the city as traversing some sidewalks remain chaotic, forcing people to walk in the street.

“The intention is to make the sidewalks safer for pedestrians”, says Mayor Francis.

“Ahead of the vendor’s registration program, we will dialogue and sensitize vendors, but there will be constant enforcement and City Police Officers will be monitoring to ensure that traders adhere to the rules. We would like vendors to cooperate and support the initiative by dismantling their stalls and other structures after vending and keep sidewalks clean and clear from structures. We need the backing and collaboration from all that after vending they leave with their property to include concrete stumps, trays, benches, pallets and metal frames. The current trend serves not only as an obstruction, but as a serious hazard to pedestrians”, explained Mayor Francis.

The program is expected to be launched in April.