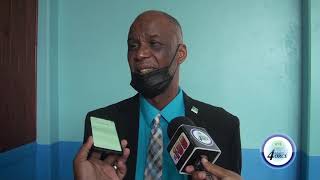 What has investigations into the missing firearm and ammunition at the city constabulary revealed. Well its been well over a year since the mysterious disappearance of the gun and ammo at the home of the capital city’s law enforcement arm. Now mayor of Castries Peterson Francis has revealed another shocking plot twist.