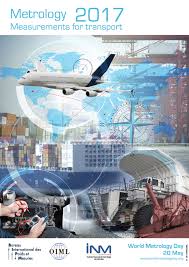 May 20th is World Metrology Day

Press Release: The Saint Lucia Bureau of Standards (SLBS) joins the rest of the world in the observance of World Metrology Day, on Saturday 20th May 2017. This year’s theme is “Measurements for transport.”

The SLBS, through its Metrology Department, has made a number of significant interventions to ensure that there are accurate and reliable measurements in the vital transportation sector.

These include;
1. The Department’s flagship programme for verification of gas pumps to ensure that consumers get value for money when liquid petroleum fuels are purchased from fuel dispensers throughout the island. Indeed a survey, by the SLBS, of the accuracy of gas pumps in 1996 revealed that customers did not get value for money and this was used as the justification to repeal the archaic 1911 Weights & Measures Ordinance with a modern Metrology Act in 2000. Our programme for verification of gas pumps is now well recognized as one of the best in the CARICOM region and a model for other Small Island Developing States.
2. The Bureau’s collaboration with the Metrication Board and Metrication Secretariat resulted in the official retail prices for fuel being gazetted as maximum retail prices per litre instead of the traditional maximum retail prices per gallon.
3. The SLBS worked with the Transportation Division of the Ministry of Transport to ensure that speed limit road signs carry the speed limits in both kilometres per hour (km/h) and miles per hour (mph). This was in effort to alert motorists to the existing speed limits and to ensure that the speed limit signs matched the km/h symbols used on speedometers which display speeds in metric units only.
4. The SLBS has assisted the Ministry of Transport with the technical evaluation of laser speed guns which will be used by the Traffic Department of the Royal Saint Lucia Police Force for enforcing speed limits on our roads.

The SLBS has a rigorous and effective programme for gas pump verification but we urge motorists to be vigilant and alert when purchasing liquid fuels and to report any concerns to the Saint Lucia Bureau of Standards or the Consumer Affairs Department of the Ministry of Commerce.