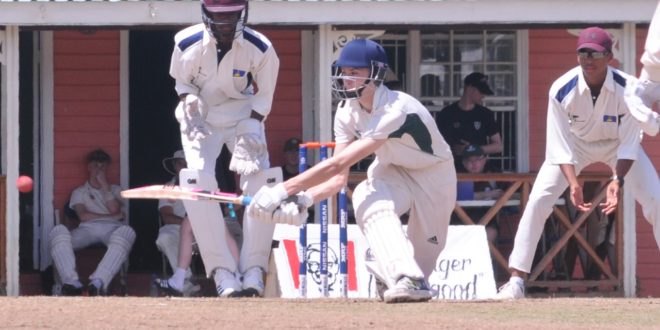 Press release- The Massy United All Star Team, chosen after the 2019 Massy United Insurance Under 19 Inter-Secondary Schools’ Cricket Competition, had an outstanding win on Monday, April 15th, against the travelling Worcestershire under 19 squad from England at the Gros Islet playing field.

The young Worcestershire lads batted first and scored 151 for 6 of the 30 overs, with Edward Bragg scoring an attractive 56 not out. When the Massy United All Star team batted, it was  brilliant batting by Akim Auguste, who scored a stoke field 78 which yielded eleven 4s and three 6’s, that soared the Massy United Under 19 team to victor, gathering 135 for 6 in 27 overs.

Cricket aficionados should keep their eyes out for more exciting play by this band of talented local stars.

The Massy United All Star Team: