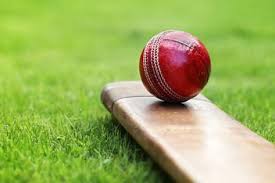 Press release- Ministry of Youth Development & Sports
The 2019 Massy United Insurance 50 Over Under 19 Schools Cricket Tournament continued on Wednesday, February 20 with two matches.  Victories were registered for Corinth Secondary over Sir Ira Simmons Secondary and Choiseul Secondary over Piaye Secondary.
At the Gros Islet Playing Field, Corinth Secondary defeated Sir Ira Simmons in a close game by just 10 runs. Corinth Secondary batting first in a game reduced to 30 overs a side due to a late start made 151 for nine in their allotted overs with Windward Islands Under 17 player,  captain Lee Solomon top scoring with 61 including seven fours and one six, his second consecutive half century Shahid Roberts and Que Actie also chipped in with 13 runs each for Corinth.
Bowling for Sir Ira Simmons, Jequan Epiphane bagged two for 23 and  Kerick Victor two for 26 . Sir Ira Simmons chasing 152 for victory, fought gallantly to achieve the total but fell short at the end by just 10 runs, finishing on 141 for eight in their quota of 30 overs. Gabriel Biscette top scored with 50 which included  seven fours and a six.  Kerick Victor and Jequan Epiphane also made useful contributions of 15 each.  The main wicket takers for Corinth Secondary were, Shahid Roberts with three for 30 and, Mc Kale Nelson two for 24.
At the Piaye Playing Field,  Choiseul Secondary defeated Piaye Secondary by 95 runs. Choiseul Secondary batting first in a game reduced to 20 overs a side made 172 for three in their allocated overs with Darvell Edward making 47, Shervone Brown 37 and Kervy Rosemond 27. In reply Piaye Secondary was dismissed  for 77 in 19.4 overs with Kervon Albert 11 and Calvin Francois 10 . Bowling for Choiseul  Secondary, Darvell Edward had figures of two for 14 and  Ed Cooper two for 16 .