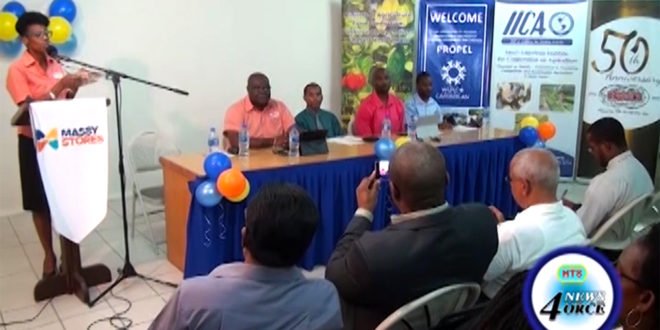 Massy supermarkets on Thursday launched part ii of a programme that seeks to boost the production of crops such as sweet potatoes, yams, cassava and carrots.
The roots and tubers programme was first unveiled in 2014.
Massy officials say the 2017 instalment, builds on the original programme goal to boost food nutrition and security.

2017-07-13
webmaster
Previous ECCO To Distribute Royalties To Artists
Next Will Ubaldus Follow Suit?