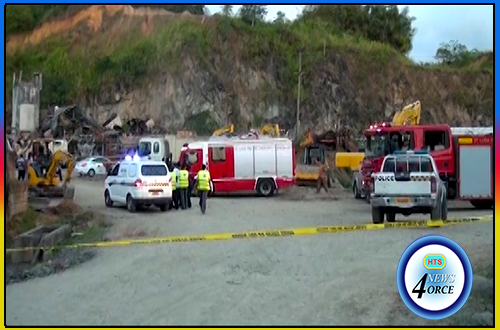 A major explosion which rocked the north of Saint Lucia on Tuesday afternoon.
Preliminary reports indicate that the explosion took place at a quarry at Cul De Sac.
A number of people were reportedly killed and several others injured.
Details are still murky, but hts news4orce understands that a container exploded.
The explosion reportedly occurred around 5pm and was heard and felt miles away with damage to homes, vehicles and infrastructure.