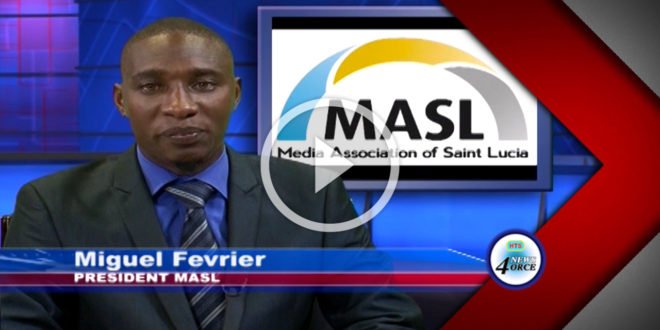 Meanwhile, the president of the media association of Saint Lucia (MASL) Miguel Fevrier is calling on government and citizens alike to support the Saint Lucia media.

The annual observance highlights the principles of press freedom and draws attention to pertinent issues related to media freedom.

Fevrier says the media as the 4th estate is an important pillar of liberal democracy.

World press freedom day will be celebrated under the theme, critical minds for critical times  -the media’s role in advancing peaceful, just and inclusive societies.”

It is a day to defend attacks on media freedoms and inform citizens of the violations of press freedom.