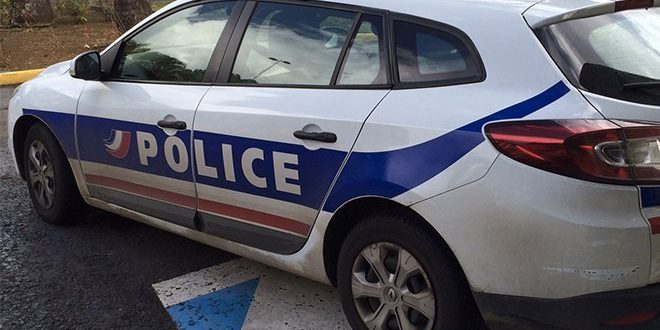 The perpetrators of violent robberies at Fort de France, Lamentin, Francois and Salty River, are arrested.

A young 17-year-old Martiniquais and 3 Saint-Lucians, perpetrators of violent robberies at Fort de France, Lamentin, Francois and Salty River, on 4 and 5 October, were arrested and detained.

On the night of October 4 to 5, 2017, four robberies and one attempted robbery with the threat or use of firearms were committed at Fort de France, Lamentin, François and Rivière Salée. The criminals stole two cars, a motorcycle, jewelery, cash and cell phones.

A series of criminal facts

On October 4, around 10:30 pm, a man comes out of a bar, boulevard soleil levant in Fort-de-France. He was attacked by armed individuals who asked him in Creole to give them the keys to his motorcycle. The owner takes too long in the eyes of thugs, one of them pulls and hurts the owner of the bike in the leg, not serious according to the report of the investigators. The thugs run away with the craft.

Another attack occurred around 2:00 am on October 5, 2017. The police noticed the same procedure. Some criminals attack a driver in the Pelletier district of Lamentin to steal his car, but this time without a shot. The witness claims to have heard “English accents”. Still in Lamentin, another driver had to hand over his car around 3 am.

The investigators also make the connection with a previous armed robbery committed on the evening of October 2, during which a C3 vehicle was stolen. ” This vehicle, discovered as early as October 5, had indeed been observed during the commission of one of the robberies committed during the night of October 4 to 5, 2017,” says Renaud Gaudeul, the public prosecutor.

The prosecution of Fort-de-France entrusts this investigation jointly to the Interregional Judicial Police Directorate (DIPJ) of Lamentin and to the Research Section (SR) of the gendarmerie of Martinique.

” These joint investigations have proved fruitful because, thanks to a thorough work of collecting testimonies, surveillance, as well as the implementation of complex forensic procedures, the investigators have proceeded to the arrest of four alleged perpetrators, October 16 and 17, with the support of no less than 19 soldiers of the GIGN with regard to the dangerousness of the wanted people , “said the prosecutor. The first two individuals arrested were in one of the stolen vehicles at Trois-Ilets. The other two were arrested in Fort-de-France.

At the end of their custody, the four people arrested (a minor, aged 17, born in Fort-de-France, the other three are of St. Lucian origin and are aged 20, 23 and 24 years), were presented yesterday (Friday, October 20, 2017), to the public prosecutor of Fort-de-France then to a magistrate instructor of the jurisdiction, which is seized of facts of robbery with weapon in organized band, attempt of homicides, réel theft with weapons and criminal conspiracy.Presented to a judge of liberties and detention, these young men were all placed in pre-trial detention at the Ducos prison.

The investigating magistrate has yet to determine the precise role of each of the indicted persons. ” Other individuals, who may also be involved in this series of criminal events, are still sought,” said the prosecutor of the Republic of Fort-de-France.