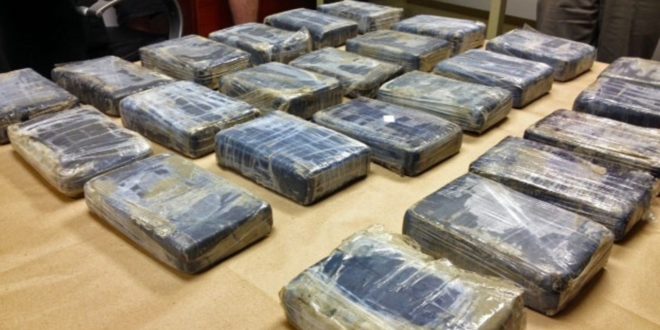 A Dominican national is recovering at hospital in Saint Lucia after sustaining a gunshot wound reportedly to the shoulder during a police led narcotics interdiction operation at sea.

The Marine Unit intercepted a vessel off the Vieux – Fort coast at approximately 8:45 pm July 21.

Two men identified as Brian Mayers of Saint Vincent and the Grenadines and Alick Puyol of Dominica occupied the vessel at the time of the police raid.

Puyol sustained a non fatal gunshot. No other injuries were reported.

Marine officers recovered an estimated 900lbs of what is suspected to be cannabis.

Brian Mayers and Alick Puyol have been taken into police custody.

Reportedly, drug trafficking charges are expected to proffered against the two foreign nationals in the coming days.