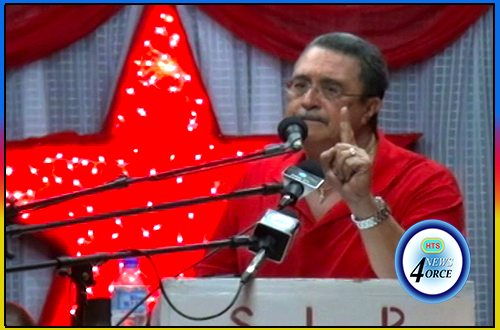 Prime minister Dr. Anthony continues to bill the next general election as one of the most consequential in St. Lucia’s history.
During a political meeting in Babonneau on Sunday, the political leader of the incumbent Saint Lucia party pointed to what he contends is the blemished record of UWP leader Allen Chastanet as a cabinet minister.
He alleges that US security sanctions and the subsequent IMPACS report were caused by the former UWP-administration.