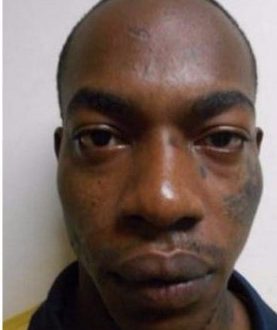 Saint Lucian native Henry Reagan, 31, currently residing in Guadeloupe is an inmate of the Baie Mahault penitentiary. Reportedly, on July 17 Reagan and Vincentian national Peters Orvel, 32, escaped from the prison.

Henry Reagan was convicted of murder for killing a fifty year old man in Martinique. Reagan was also convicted of extortion in 2016 and sentenced to life in prison by the Assize Court of Fort-de-France. Peters Orvel was convicted for armed violence and, sexual assault and slapped with a 12 years prison term.

Reagan also known as ‘Paul Henry’ or ‘Zero’ along with Orvel removed the bars from their cell before escaping through the roof. It has not been disclosed how the inmates managed to take down the bars.

Guadeloupe authorities have classified Reagan and Orvel as ‘dangerous’ and warned citizens to immediately contact police at first sighting.  The escapees may attempted to flee the country according according to Guadeloupe officials.

The public is being urged to call 05 90 99 67 10 with any information that could to the recapturing of Henry Reagan and Peters Orvel.