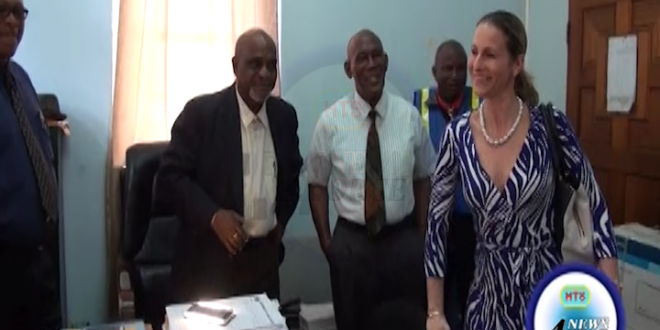 The handover was made at police headquarters on Tuesday. The ac unit was purchased with proceeds from the second annual officers’ ball, which raises funds in aid of the police force and the fire service.

Officer in charge of the special reserve police unit Pancras Albert expressed gratitude to the Make It Happen Foundation for the donation.

He says the unit was stunned by the swift response to the request for assistance. The Make it Happen Foundation staged the annual ball at the Sandals Grande Beach Resort and Spa on December 16th, 2017.

Hundreds attended the function, which has become a popular charity event on the local December calendar.