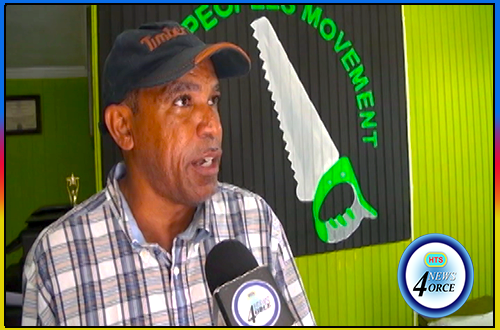 [Press Release] Fearing that the government of St. Lucia will proceed with its plans to construct a dolphinarium at Pigeon Point without any public consultation with the people of Gros Islet and the nation at large, the leader of the Lucian People’s Movement, Therold Prudent, is issuing a plea to Mr. Lenard “Spider” Montoute to explain to his constituents where he stands on this issue.

Moreover, given the local sensitivities involved in the 1973 construction of the causeway, which culminated in the near destruction of Gros Islet’s once thriving fishing industry, Mr. Prudent states that “Mr. Montoute’s failure to take a public position on the matter is a cause for serious concern.”

He further states that, during and after the construction of the causeway, “Mr. Montoute was among a growing number of youth from Gros Islet who, for many years, curtailed their politics to vehemently oppose Sir John Compton and the United Workers Party based on public sentiment that the reckless actions of his government had done irreparable damage to the ecological system in and around the waters of Gros Islet.”

Therefore, “to think that today, Mr. Montoute is now a part of the very same political organisation he once opposed, and to which he once ascribed blame for Gros Islet’s ecological disruption and the economic deprivation of its people, but has refused to stand up to his prime minister is unfathomable.”

In the execution of his responsibilities to the people of Gros Islet as their district representative, Mr. Prudent states that “Mr. Montoute must be reminded that he was given the very rare opportunity of returning to St. Lucia’s parliament in 2016 on the premise that he would safeguard the interests of his constituents and not capitulate to any special interest nor foreign corporate powers whose proposals or so-called investments are adverse to the well-being of the people of Gros Islet and are designed to benefit only a few.”

Finally, in case Mr. Montoute cares little about the implications of his silence, Mr. Prudent has provided the following information in hopes that he will finally awaken from his slumber.

It is a fact that the proposed dolphinarium will:

A) Destroy the remaining coral reefs, which the great Jacques Cousteau described as “having a similar formation” to that of the Great Barrier Reef after he dove off the coast of Pigeon Island in the early 1970s during his visit to St. Lucia;

B) Result in the deposit of large amounts of faecal matter along the Gros Islet waterfront and the surrounding beaches due to the current in and around that area and its constant movement towards the shore;

C) Increase the chances of residents and visitors contracting rashes and skin-related diseases due, in part, to the polluted waters of Gros Islet;

D) Create very few jobs, which will not make a significant dent in the unemployment situation facing Gros Islet and the nation;

G) Cause our nation to be further blacklisted for engaging in inhumane practices that are adverse to the protection of mammals and other animals.