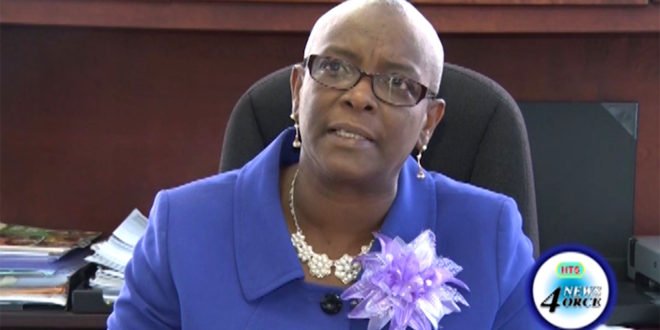 Local Gov’t Minister Speaks Out On Death Of Infant

Minister for local government and culture senator Fortuna Belrose on Friday offered condolences to the mother and family of 9-month old Gemma Lambert who police say was murdered on May 22nd.

The infant’s mother said she left the baby at home to run an errand.

Upon returning to her home in the George Charles boulevard in Marchand, Melissa Lambert told police investigators that her Newborn daughter appeared to have been strangled.

Postmortem results on the 9-month old baby girl confirmed asphyxia as a cause of death.

Local government minister Belrose pledged to provide support to the mother of five.

Senator Belrose informed that the ministry of equity and empowerment is actively pursuing intervention remedies.