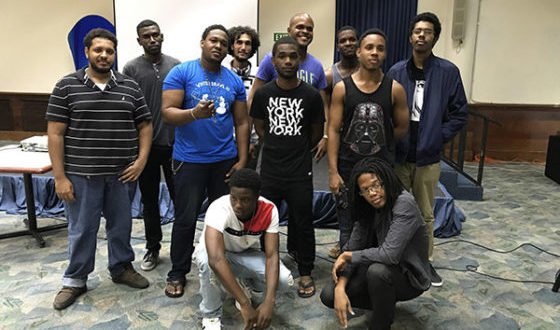 PRESS RELEASE: 25th September, 2017 Competitive video gaming, or e-Sports as it is officially known around the world, is a lesser known type competition in St. Lucia compared to traditional sports. In the rest of the world, however, the e-Sports market has grown to almost rival that of traditional sports, filling up stadiums and gathering millions of viewers on the internet and televisions, with prize pools of up to twenty million dollars in countries such as the United States.

On the weekend of the 2nd and 3rd of September, a team of St. Lucians embarked on a journey to Barbados in order to attend their yearly video game tournament “Final Stand” at Animekon. There, our local players, who were accompanied by their managers, competed in titles such as “Street Fighter V” “Naruto Ultimate Ninja Storm 4” and “Super Smash Bros. Wii U” against an onslaught of seasoned Barbadian players.

While the competition was grueling, the excellence of by St. Lucia’s top players caught their Barbadian opponents completely off guard. As a result of that, St. Lucia managed to not only secure the gold, but also second place in Street Fighter tournament over in the land of the trident. Luke  Henry and Bradley Bailey claimed two out of three podium places at the tournament’s main event, placing first and second respectively in the event. St. Lucia also managed to secure podium placements in Naruto and Smash Bros. Ulrick Jackson and Jovan Anthony made it to second place in their respective games, putting on a good show of what St Lucia’s e-Athletes are capable of, even on the international scale.

The success of our squad comes at an opportune time as St. Lucia prepares to host its own major tournament in December, titled “Novakon”. Valdez Antonio Franklin is the manager of the St. Lucian pro gaming squad as well as the main tournament organizer here in St Lucia, and he is currently working tirelessly to ensure that the event appears attractive to both local gamers as well as foreign competition, with the hopes of creating a large and fulfilling event for everyone involved. Persons who are interested in competing, or even spectating video game tournaments like Novakon, are always welcomed to visit local events by following the MosManiakal Gaming team on Facebook and keeping an eye out for upcoming events. The events are also livestreamed on the website “Twitch”, so those unable to attend in person will still be able to catch the action online.