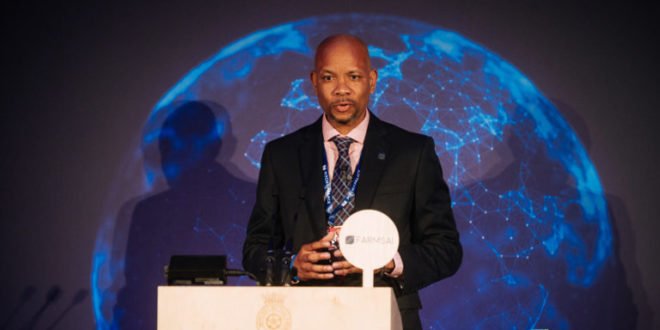 The Pitch@Palace initiative was founded by The Duke of York in 2014 as a platform to amplify and accelerate the work of Entrepreneurs. The event took place at St. James’s Palace in London on 16 April as part of the Commonwealth Summit.

Pitch@Palace Commonwealth is an opportunity for Entrepreneurs and early stage businesses from each of the 53 Commonwealth countries to pitch to CEOs, Influencers, Angels, Mentors and potential investors and Business Partners.

In line with the Commonwealth Summit’s theme ‘Towards a Common Future’, the theme for Pitch@Palace Commonwealth was ‘Human Technology – Benefits for Humanity’, addressing the need to build a healthier and more sustainable future for mankind.

FARMSAI is providing Agri-Data as a service by connecting the agribusiness value chain, leveraging Artificial Intelligence and Blockchain technology. FARMSAI is a cooperative data management movement that rewards sharing and collecting data and provides decision supports tools, for the management and service delivery to stakeholders.

FARMSAI part of the Beyond Capital Markets ICO4Impact Accelerator 2017 Cohort and portfolio, this is the first decentralized community and citizenship for impact and financial innovation.

All Entrepreneurs were asked to pitch their business to a panel of Judges, as well as senior business leaders, investors, and influencers from across the technology, investment and business communities. The Judges selected 12 Entrepreneurs to Pitch for three minutes, while the rest of the Entrepreneurs got the opportunity to pitch for 30 seconds at the final event.

According to Philip Wells, Founder at FARMSAI, “The Pitch@Palace, was a life changing experience for me as an entrepreneur. The opportunity to network with other entrepreneurs from the Commonwealth is priceless. The opportunity to share your project to a room of investors has opened doors for every business.” He also stated that one thing that was evident was that all the products and projects presented had a potential for generating social impact, with the aim of making life better for others in the community, all unique in their own way changing and impacting the lives of others. He stated his appreciation to the people and companies that supported him along his journey and in making his participation possible.

As stated, “I would like to take the opportunity to thank my team and all the companies and individuals who made my participation possible; Beyond Capital Markets (BCM), Mr. Terrence Elliott and Converge Solutions Inc., Miss Yvonne Agard and the St. Lucia Coalition of Services and Ms. Josette Edgar and J.E.Begasse & Co.”