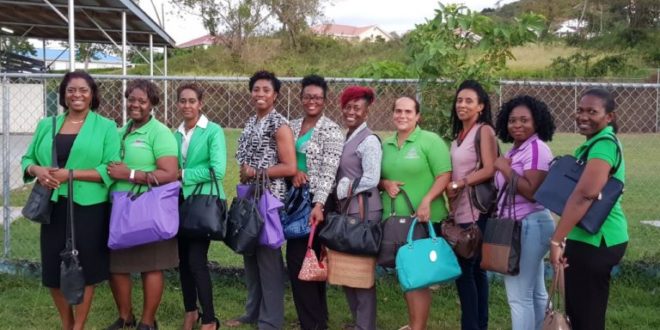 [Press Release] With just one week to go members of the Lightning Aquatics (LA) Swim Club are preparing physically and mentally to participate in the Barbados Amateur Swimming Association (BASA) 27th Annual Aquatic Centre International Invitational from May 25 – 27, 2018. In 2017, with only 18 of its 35 swimmers, LA was able to snatch 5th place overall out of 19 clubs and tied for the 1st place OECS team.

According to LA’s President Mrs. Tessa Charles-Louis, “We are even more excited to participate in BASA this year as we have 22 of our swimmers on board. We also have three swimmers who will be participating in their first regional swim meet, they are Liam Felician (boys 8 & under), Alexandra Bristol (girls 9 to 10) and Gelanie Augier (boys 13-14). We salute these swimmers who are willing go outside of their comfort zone and challenge themselves at a regional level.”

As part of its 2018 LA Brings Smiles initiative which seeks to foster a greater sense of giving back to the community among its members, the mothers of LA Swim Club collated 21 handbags filled with useful items for women in need. Ms. Caron Tobiere, brainchild of the “Sisters Helping Sisters” project was beyond words at the club’s donation when she said, “I am overwhelmed by LA’s contribution, I never anticipated that it would have amounted to that!

The bags were given to those in need, the homeless as well as women identified in various communities. Sometimes as women we take certain things for granted whilst others face tremendous difficulties in acquiring these things. So these ‘care bags’ are filled with items that women will find useful. It is wonderful to know that people care about each other. Thank you Lightning Aquatics!”

What else has the club been up to? Well, on Saturday, April 28th the LA staged its second Relay Carnival. Congratulations to Sea Jays Swim Club who copped the 1st place Trophy with 694 points, 2nd place went to Sharks Swim club – 668 points, whilst the host LA Swim Club placed 3rd with 386. The meet had exciting races such as the t-shirt, kick board and graduated relays. Sea Jays’ parents – Natasha Calderon and Karen Sylvester, Sharks’ parent Joanna Guillaume, LA’s parent – Karetta Crooks Charles, Coach Sherma Bernard of Southern Flying Fish and Coach Marlon James of LA all added to the excitement as they battled their way through various events during the meet much of the delight to the spectators.

Another highlight of the Relay Carnival was the participation of the Saint Lucia Electricity Company Limited (LUCLEC) Club in the 200m Freestyle Relay. These four amazing LUCELEC staff, namely Carryl Haynes, Fervanus Williams, Simeon Mathurin and James Isidore answered LA’s call to non-swimming groups to participate in the Relay Carnival considering that their donation would be given to the Boys Training Centre which also had four of their children taking part in the meet.