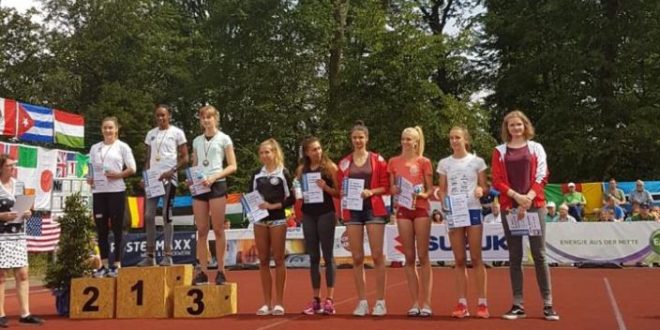 After taking some time off to focus on better preparation for what is expected to be an unusually long season, St. Lucia’s world acclaimed highjumper Levern Spencer was back with a bang as she won a gold medal to mark her return to professional competition.

Competing on Saturday June 22nd in Sinn Germany at the Sinner Hochsprung Meet, St. Lucia’s most decorated athlete needed just one attempt to successfully soar over the bar at 1.91m to win the gold medal, that after first time clearances at three previous heights.

The star highjumper has since then returned to her training base in the US where she continues to prepare for major competitions with special emphasis on the Pan Am Games and World Champions later in the year.