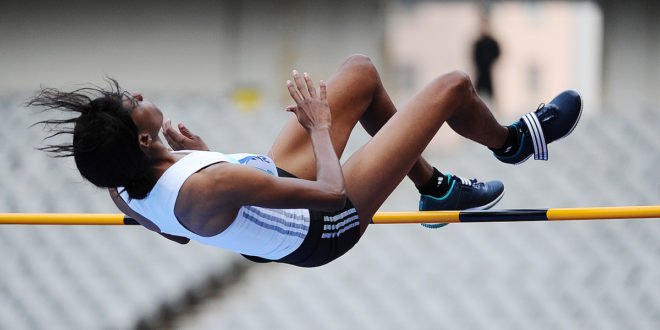 Press Release- It was another solid performance for St. Lucia’s world ranked high jumper Levern Spencer,  when she achieved a 2nd place finish competing at the biggest competition held this indoor season .

Competing Tuesday February 6th in Banska, Slovakia, Spencer who has been having a prolific 2018  season came up against a very talented field which included some of the world’s top jumpers. Included in that field was the World Champion from Russia, the Rio Olympics silver medalist from Bulgaria and the best from Slovakia, Sweden and Italy.

The event was eventually won by World No.1, Maria Lasitskene Of Russia,  who cleared a height  of 2.02 on the day, with Spencer, the Caribbean’s leading high jumper, easily soaring over the bar on her first attempt at 1.94m to Place 2nd behind the 2017  World Championship gold medalist Lasitskene. Italy’s No.1 Alicia Trost,  and Michaela Hruba of the Czech Republic  both cleared 1.91 to place joint third.