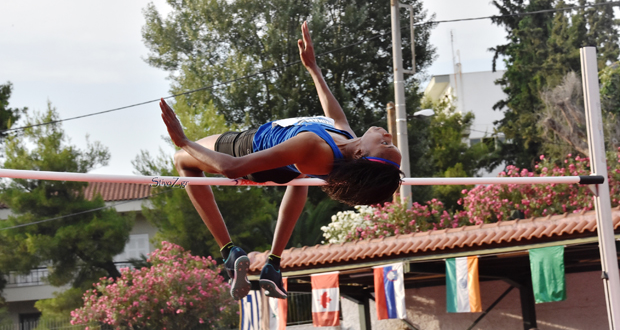 Press Release- St. Lucia’s 2018 Commonwealth  Champion and the Caribbean’s No.1 female highjumper, Levern Spencer , continued her climb up the World highjumper ladder with a new season’s  best clearance of 1.96m. This was the star highjumper’s best  clearance since 2016 when she cleared a similar height at the Paris Diamond League. That height is the 4th best  clearance in the world for 2018.

Spencer,  who exactly two months ago created history by becoming the first St. Lucian athlete to win a Commonwealth Games Gold Medal, was at the time competing at the  Kalamata Games in Greece held last Wednesday June 13th.

This gold medal winning performance was achieved with first time clearances at 1.83m, 1.87m, and 1.92m. She then passed at 1.94m before clearing 1.96m on her second attempt to secure the win.

The prolific  highjumper from St. Lucia  is expected home this weekend where she will on Sunday June 17, compete at the National Individual Track & Field Championships.