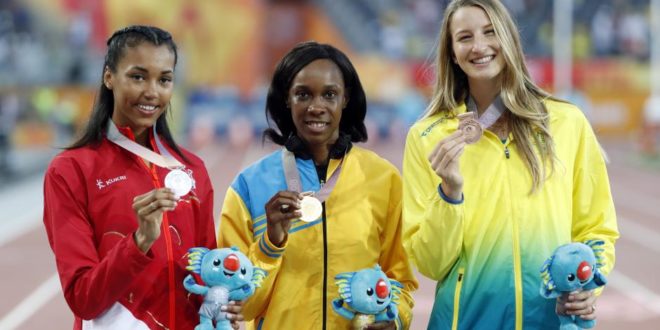 Levern Spencer made all of St. Lucia and the rest of the Caribbean proud in the wee hours of Saturday April 14th when she jumped 1.95m in the women’s high jump, taking the top spot. The United Kingdom and Australia took the 2nd and 3rd spots respectively.

Her second attempt at the bar, brought in St. Lucia’s very first gold medal at the 2018 Commonwealth Games. Adding to what is already a long list of accomplishments, with 2 bronze medals from the 2010 and 2014 Commonwealth Games, and her gold and bronze finishes during the 2015 and 2007 Pan Am Games, her performance at Gold Coast Australia continues to prove that the 33 year old still has alot to offer, and retirement may be a long way off. 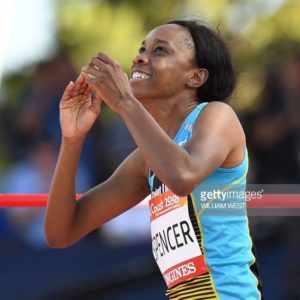 In an interview following her historic finish, Spencer said, “It’s a really good feeling and I am happy I’m the one making history for my country. In the last two editions of the Commonwealth Games I got bronze so I was determined to work hard this time to win gold and my results today were good enough.”

The Babonneau native, alongside team St. Lucia, which includes Olympian Jeanelle Scheper who finished 9th in the women’s high jump over the weekend, and the 2017 Sports Man of the Year, Albert Reynolds, have once again placed field events in the spotlight for St. Lucia.