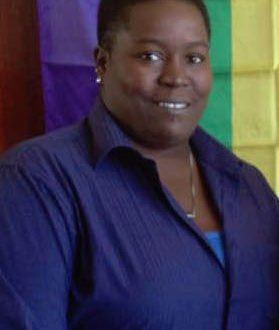 (Castries, December 1, 2017) As we mark World AIDS Day 2017, we do so with the realisation that the goal of ending new HIV infections and controlling AIDS is within sight. Recent studies

Confirm a drop in the number of new HIV cases and an increase in diagnosis and treatment. Still, the Caribbean is lagging behind much of the developed world in that regard.

Stigma, discrimination and criminalisation remain some of the biggest barriers to achieving targets to end new HIV infections and end AIDS. HIV infections in Latin America and the Caribbean remain at 120,000 new infections per year and while 64% of people living with HIV in the Caribbean know their status, very few are open about their HIV/AIDS status.

“Framing HIV as a ‘gay disease’ has resulted in more harm than good,” says Executive Director of the Eastern Caribbean Alliance for Diversity and Equality (ECADE). “As we embark on a new phase of HIV and STI prevention, we must seek to expand access to all available HIV prevention options to all communities in order to reduce the number of new HIV cases and of co-infections in the Caribbean.”

As we mark World AIDS Day 2017, ECADE and our partners across the eastern Caribbean call on our governments to fulfill their responsibility to respect and protect all citizens, particularly the marginalised. Lesbian, gay, bisexual, transgender and intersex people, sex workers, the disabled, the elderly are all among the groups made vulnerable by criminalisation, stigma and discrimination. We remind our governments that it is their responsibility to ensure essential services are readily available in a safe, secure and stigma-free environment.

The Caribbean has made notable strides. 45% of LAC countries have adopted a “treat all” policy, six new countries have been certified as having achieved the target for elimination of mother-to-child transmission of HIV. Yet gaps exist. Youth remain at high risk, sex work and same-sex behaviour is still criminalised across eastern Caribbean states, intersex and transgender people remain invisible and unserved in the public health sector.

Bias continues to be a factor in slowing the response to HIV and sexual transmitted infections. ECADE commits to strengthening grassroots organisations across the region to continue being visible, continue being a voice for those who cannot speak for themselves. We further commit

To creating opportunities and will do what is necessary to bring about legislative change to decriminalise and increase protections.

Accepting our realities and implementing innovative strategies to address them is a major factor in how quickly our communities surmount challenges such as the AIDS pandemic. As ECADE joins the rest of the world in observing World AIDS Day 2017, we recommit to doing our part to end stigma, end isolation, end HIV transmission.