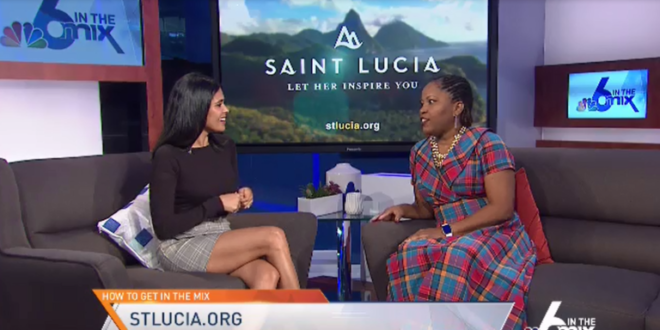 The promotional campaign included web-based advertising on nbcmiami.com, an interview special on the NBC Miami morning show ‘6 in the mix’ with SLTA’s Director of Marketing-USA Kelly Fontenelle-Clarke. The promotion also includes a full digital advertising takeover of the NBC Miami website on Valentine’s Day February 14.

The advertising features declarative statements which build on the Island’s reputation as a leading world romance destination.

The interview host and Ms. Fontenelle-Clark discussed the island’s romantic appeal and the diversity of accommodation that makes the island an ideal destination for couples seeking a private retreat or families looking for a vacation with a touch of romance.

Strengthening the case for travel to Saint Lucia, the SLTA Director of Marketing hghlighted the ease and affordability of travel with daily airlift out of Miami and the upcoming Saint Lucia Jazz Festival as part of the myriad of reasons why visitors should choose Saint Lucia for their next vacation.

NBC Miami is one of South Florida’s leading news stations, reaching tens of millions of Floridians and over 5 million unique visitors per month visiting its web page.