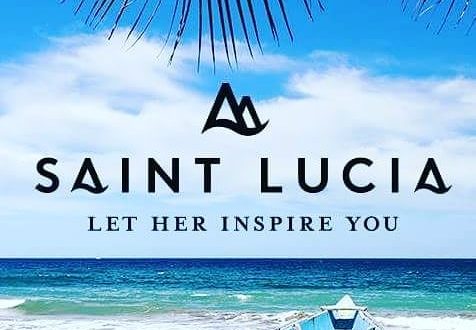 “Let Her Inspire You” social media campaign up for CTO award

[Press Release] Saint Lucia’s “Let Her Inspire You” social media campaign is up for an award at the Caribbean Tourism Organisation (CTO) travel media awards on June 7, 2018 in New York City.

The nomination is for the Best Social Media campaign in the “Up the Social Ladder” category – one of two new social media categories being awarded by the CTO this year. The other is the “Look, I’m Going Social” award for the most outstanding social media coverage of an event/activity in or about a CTO member country by a journalist or influencer.

In November 2017, after being spared from the most powerful storms in the Caribbean’s history, the Saint Lucia Tourism Authority launched a four-month #LETHERINSPIREYOU social media campaign, to inform prospective visitors that Saint Lucia is a safe destination for their next vacation getaway. The promotion aimed to increase awareness of Saint Lucia in Canada, the United States and the UK through a social media campaign to boost online traﬃc, social media followers and bookings in 2018.

According to the SLTA’s Executive Chairperson, Agnes Francis, “The SLTA wanted to develop a 360-degree marketing strategy that highlighted Saint Lucia as being untouched by the hurricanes while raising awareness of our rich culture that would evoke curiosity from prospective consumers and continue to intrigue repeat travelers. We also wanted to raise the island’s profile on social media by developing a distinct online presence.”

In order to achieve this, the SLTA rebranded its social media accounts from @SaintLuciaNow to @TravelSaintLucia to encourage consumers to ‘Travel to Saint Lucia.’ In addition, the new hashtags #LetHerInspireYou and #TravelSaintLucia were adopted to connect and engage with social media users and to allow content to be discoverable. The SLTA set ambitious targets to increase the social media following on Facebook and Instagram, which generated 11 million impressions and 20,000 sweepstakes entries. It also increased Facebook the destination’s Facebook following by 33% and Instagram by 21%.

CTO travel media awards judges selected the destination’s “Let Her Inspire You” social media campaign because of its appeal.

“The SLTA welcomes the CTO recognition. The nomination is a testament to the fact that Saint Lucia is headed in the right direction with its digital marketing,” stated Mrs. Francis

The award winner will be announced at the CTO’s tourism awards dinner on Thursday, June 7, 2018 during Caribbean Week New York.

The gala event is scheduled to begin at 6:30p.m. under the theme, “Recognizing the Media: Honouring Top Caribbean Stories.” The CTO Travel Media Awards are given in recognition of travel writers and photographers who remain critical to helping the region tell the story about the Caribbean tourism industry, in spite of the changing faces of media. The Awards celebrate the very best in US and Caribbean travel journalism and reward individuals, organisations and destinations who produce and present exceptional work.