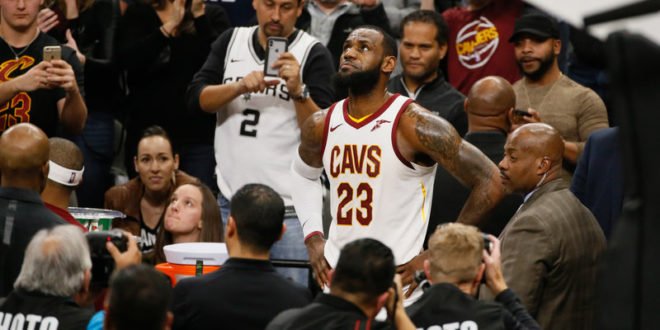 The Cleveland Cavaliers player needed eight points but managed 28 as his side lost 114-102 to the San Antonio Spurs.

Reacting to his feat, James said: “The moment was unbelievable.

“The journey is something that I’ve been on for quite a while now and I will never take it for granted. It’s unbelievable to be able to share something like that with my crazy team-mates. Let’s keep this thing going and strive for greatness.”

The former Miami Heat player now has more landmarks in his sights, including Kareem’s career points total of 38,387.