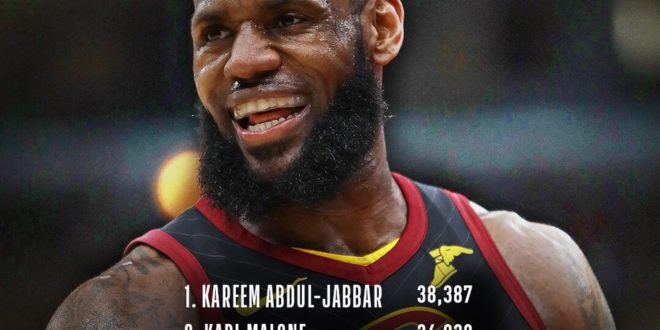 Against the 76s at the Wells Fargo Center on Friday, King James joined elite company by recording career point No. 31,000. 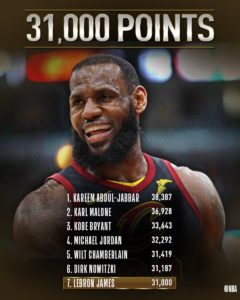 The 33-year-old became the youngest to reach the milestone.

In a January game against the Spurs, he became the youngest member to reach the 30,000 point plateau. At that time, he also became the only player in NBA history to record 30,000 points, 8,000 assists and 8,000 rebounds.

James is playing at an MVP-caliber level once again this season. The four-time NBA MVP is averaging 27.5 points on 54.3 percent shooting, 9.2 assists and 8.7 rebounds per game.