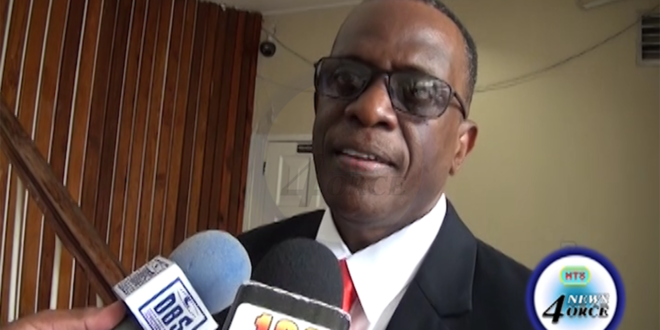 LEADER OF THE OPPOSITION ON THRONE SPEECH NO-SHOW

Members of the Parliamentary Opposition were conspicuously absent during the maiden Throne Speech by Governor General Sir Emmanuel Neville Cenac on 20 March.

There is no love lost between the Opposition and the former politician. The SLP, citing his political history, contends that the current Head of State is ill-suited for the post.

However, critics have questioned the supposed boycott, arguing that the move may have been unwarranted.

On 21 March Leader of the Opposition, Philip J. Pierre was questioned by the media about this development his way to the latest House Sitting.