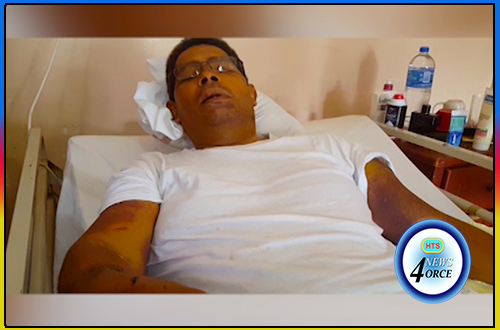 A prominent local attorney has been recounting a vicious attack, which has left him hospitalized.
Local media outlets reported that police are currently investigating a weekend assault on criminal lawyer Marcus-Peter Foster.
The incident occurred at his Barnard Hill residence and is said to have been carried out by an individual known to him.
On Tuesday, HTS News4orce’s Miguel Fevrier spoke exclusively to foster on the events leading up to his hospitalization.