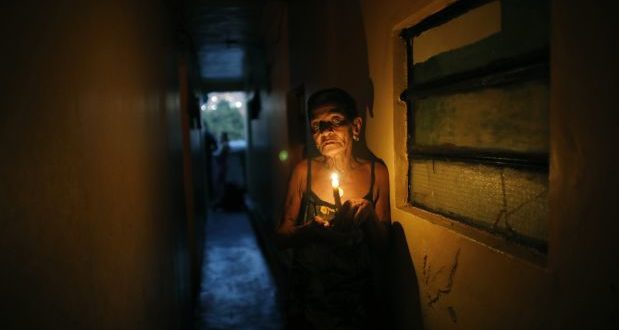 [The Associated Press – March 25th, 2019]:- A widespread new power outage spread across much of Venezuela on Monday, knocking offline much of the country’s communications and stirring fears of a repeat of the chaos almost two weeks ago during the nation’s largest-ever blackout. 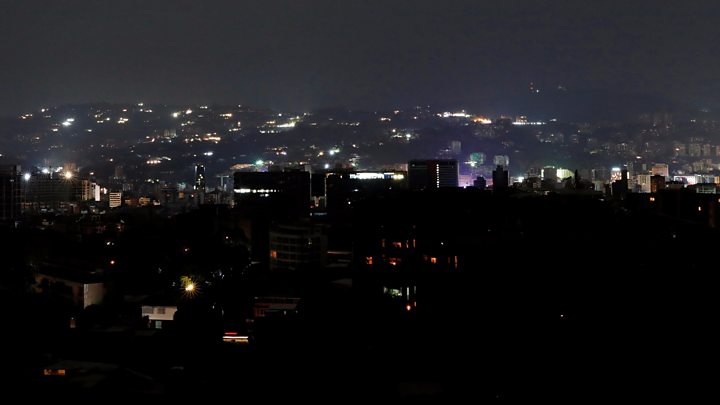 The outage began shortly after 1 p.m. (1700 GMT) and appeared to have affected as many as 16 of Venezuela’s 23 states, according to reports on social media.

Like the previous outage, officials blamed opponents who with the support of the U.S. had carried out sabotage on the Guri dam — source of the bulk of Venezuela’s electricity. They said the “attack” had already been controlled, with service restored in much of the country already and remaining areas expected to come online in the coming hours.

“The damage that took 5 or 6 hours to repair in the electrical system after the first attack carried out by the right-wing we recovered today in a few hours,” Communications Minister Jorge Rodriguez said in a televised address.

But those reassurances, similar to ones last time around, did little to calm the anger of residents in Caracas who even as he was talking filled traffic-clogged streets as they walked their way home after subway service in the capital was suspended.

Like other small business owners, 27-year-old restaurant manager Lilian Hernandez was bracing for the worst even as service started flickering back on in parts of Caracas.

“We Venezuelans suffer all kinds of problems,” said Hernandez, who had just recently managed to restock food that spoiled during the previous outage. “We need a real solution that doesn’t obey to political interests.”

Netblocks, a non-government group based in Europe that monitors internet censorship, said outage had knocked offline around 57 percent of Venezuela’s telecommunications infrastructure.

The Trump administration, which has made no secret of its desire to remove the embattled socialist, has denied any role in the outages. Electricity experts and opposition leader Juan Guaido faults years of government graft and incompetence. 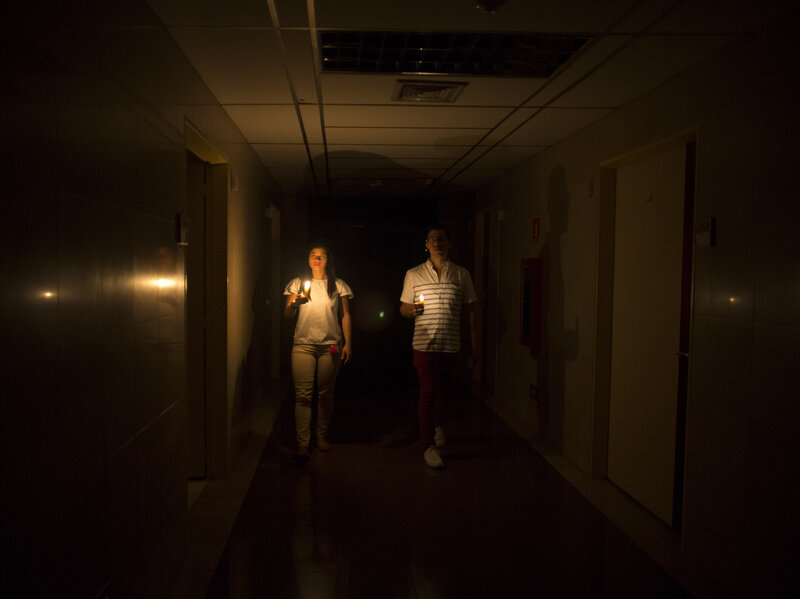 Meanwhile, as Venezuela’s economic and political crisis deepens, many seem resigned to continuous disruptions in their daily routines.

“The important thing is for people not to get desperate,” said William Rodriguez, who sells books at a kiosk under a downtown highway overpass.

Meanwhile, the U.S. government warned Russia that the reported dispatch of military personnel to Venezuela was increasing tensions there.

The U.S. and dozens of other countries support Guaido, who says Maduro’s re-election last year was rigged. Maduro alleges the U.S. and Guaido are plotting a coup.