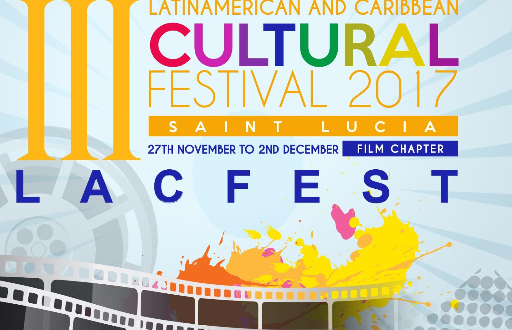 LACFEST 2017 ends on a positive note

(PRESS RELEASE) – The curtains came down on a successful Latin American and Caribbean Cultural Festival, LACFEST 2017 on Saturday, December 2 with the final film presented by the guest country Spain.

The event was held for the third consecutive year, thanks to the alliance of the Latin American Embassies accredited in the island (Argentina, Brazil, Cuba, Mexico and Venezuela) in collaboration with the Ministry for Local Governments and Culture, as well as the Saint Lucia Audiovisual and Film Association.

The Saint Lucian public had the opportunity to practice their Spanish whilst enjoying a diverse menu of Latin American films; ranging from animation, comedy, documentary and historical genres depicting multifaceted culture that characterizes the countries which participated LACFEST 2017.

Over 900 hundred film-loving Saint Lucians were able to enjoy, admission free, films with English subtitles, such as: “Foosball” (Argentina), “The Colonel and the Werewolf” (Brazil), “Vampires in Havana” (Cuba), “La Dance of Memories” (México), “Bolívar, A Man of Difficulties” (Venezuela), “Bolivar, the Man of Difficulties” (Venezuela) and “The Angel of Budapest” (Spain).

Saint Lucia also participated in this cultural event through the Audiovisual and Film Association which presented a series of the best short films produced locally, with the support of the private and public sector, before the presentation of each featured film. The film producers on the island intend to present their own featured film in the coming year as local film makers, producers, scriptwriters and actors draw from the experience and technical advice of the Latin American countries .

In her address to the LACFEST 2017 press conference – Thursday, November 23 – Hon. Belrose, Minister for Culture, expressed gratitude to the Latin American embassies resident in Saint Lucia for the initiative and commitment to the development of culture in Saint Lucia, also stating that “films are a powerful tool, a cultural vehicle. It also facilitates the preservation of the norms and values of our societies”.

Governor General, Dame Pearlette Louisy, under whose patronage the LACFEST is held, attended the official opening on Monday, November 27 – featuring the film from Argentina – and Friday, December 1, Venezuela’s day. The Governor General in expressing her gratitude to the Latin American embassies and their staff, said: “we recognize the effort of having established in our country this Cultural Festival, which from the beginning has brought our country much closer to Latin American countries”.

Venezuela’s showing, “Bolivar, the man of difficulties”, directed by Luis Alberto Lamata was a resounding success as the theatre was filled to its maximum capacity which demonstrates the high quality that Venezuelan productions have achieved.

Finally, the Organizing Committee of the Festival extends its deepest gratitude to all those who in some way or another contributed to the success of this initiative and looks forward to seeing you next year at the 4th edition of LACFEST.