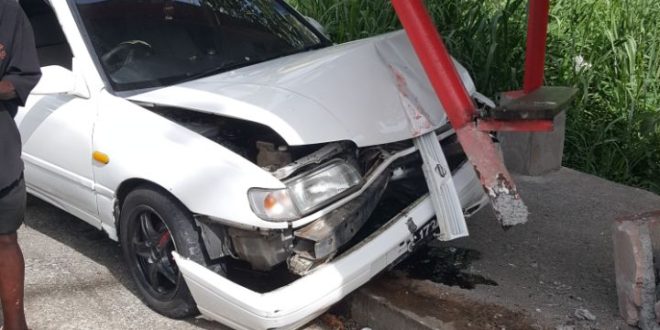 La Clery vendor Sharon François, is counting her blessings after narrowly escaping a head on collision with a motor vehicle on June 2nd.

Francois told News4orce moments after the auto crash, that sounds of a revving car engine alerted her to the impending danger. The roadside vendor said she had to physically exert herself to avoid being hit by the car. 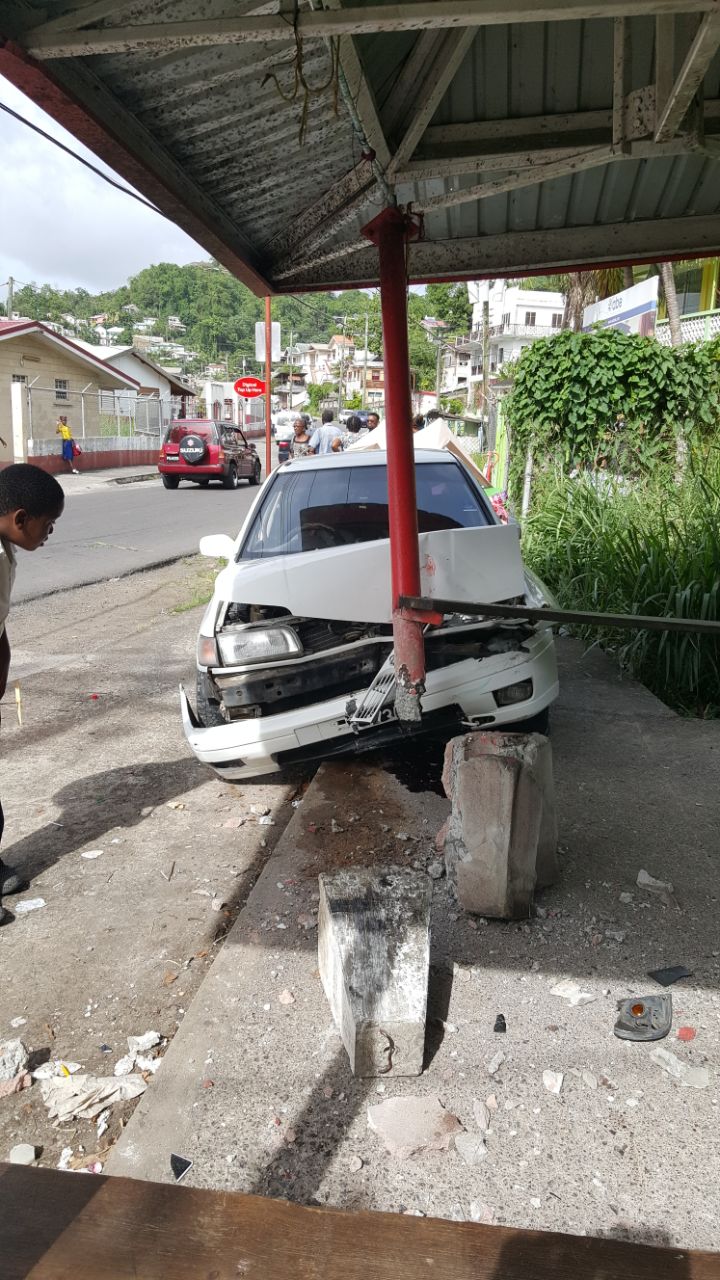 The driver of the vehicle claimed that he was hit by another vehicle hit him and was forced to take evasive action to avoid pedestrians. The vehicle driven by La Clery resident Junior Sylvester smashed into a metal pillar on a nearby bus shelter.

No injuries were reported. Traffic police are investigating.