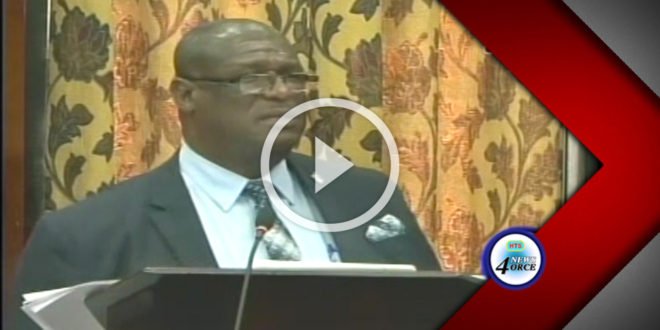 Minister for infrastructure and ports Stephenson King will be using a portion of his 2017/2018 budget allocations to erect sea defenses and costal management structures along Bananes bay and the Castries harbor.

King laid out his plans to improve Saint Lucia’s road infrastructure during his contribution to the debate on the draft estimates last week.

He believes that too many people have perished in Castries Bay, and barriers will help minimize loss of life.

There is also an allotment in the budget for slope stabilization measures in areas susceptible to soil erosion.

King says his objective is to construct modern and resilient infrastructure that can support St. Lucia’s socio economic development.