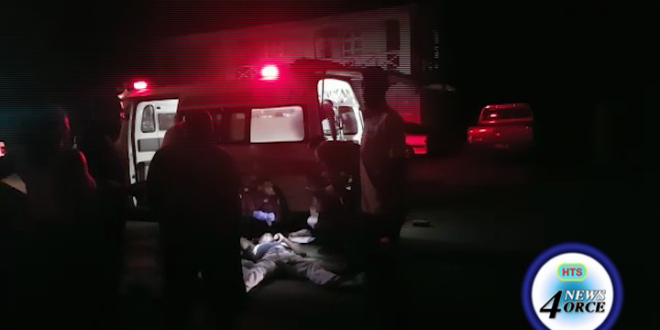 43-year-old Keyon Frederick aka Keymuel Alexander was peppered with bullets about the body by assailants at White Rock grande Riviere at about 10 o’clock Saturday night.

Residents of the area reported hearing up to six gunshots, following which Frederick was discovered lying on the road, riddled with bullet holes.

Frederick, who changed his name to Keymuel Alexander, was transported to the Victoria Hospital.

He remained in critical condition until he took his last breath sometime after 7 Tuesday night.

Frederick’s girlfriend and mother of a 10-month-old boy- the last of his 5 children described the deceased as fun loving. Watch video.

Keyon Fredrick has had a number of run-ins with the law including at least one murder case resulting in his incarceration at the now defunct Her Majesty’s Prison. Silka Leon says she has no idea what could have led to her partner’s demise. Silka Leon is concerned about both her and the 10-month-old baby’s future.

She is unemployed and Frederick was the sole breadwinner.